Amanda Ribas comes out victorious at UFC 251 and everyone including president Dana White is full of praises.

UFC 251 at Yas Island in UAE’s Abu Dhabi on Sunday (July 12), the first fight on the main card was a flyweight clash between Amanda Ribas and Paige VanZant. Ribas secured the victory in a spectacular manner.

Amanda Ribas won the bout credit to a tap out from Page VanZant just 2 minutes and 21 seconds into the fight. Yes, Ribas finished her off well with in the first round.

Putting up a dominant display from the get-go, Ribas made sure VanZant didn’t have any say I the fight. At the end of the first minute, she manages to take down VanZant. Though Paige VanZant tried her best to push back into the fight, Amanda Ribas proved to be too strong. Ribas forced VanZant into tapping out. 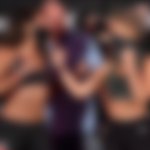 This was Ribas’ 5th straight victory since her return. Ribas faced a 2-year ban from the sport due to a doping incident. But her comeback has been nothing but strong. She has made it a point to improve with every fight and has done complete justice to it.

Dana White is in awe of Amanda Ribas

This victory took her record to 5-0. Before Paige VanZant she secured wins over Emily Whitmire, Mackenzie Dern, and Randa Marko and then moved up a weight class.

Speaking at the post-fight press conference, Dana White was more than impressed with Ribas. He said, “She is awesome. I mean look at how good she looked tonight. And after she did her interview, everyone was blowing me up saying how awesome she is. What an incredible personality she has. Yeah, she really shined tonight. She looked really good and people love her.”

So Dana White seems to agree with the general opinion, Amanda Ribas is the complete package!