After the UFC kick-started live sports in America, the company received a ton of praise from fans around the world. However, John Oliver’s critical take on the UFC sparked a friendly-rivalry between White and Oliver.

But this is a perfect example of how you can control the narrative by using selective facts. We did approximately 1,100 tests, only 3 were positive, it was a fighter and his 2 trainers and we had 3 events NOT 1 (via @LastWeekTonight) pic.twitter.com/h605hNnLtd

Among other things, the host made fun of Dana White for naming his private island, ‘Fight Island.’ Oliver even offered alternative names, including ‘UF-Sea’. Surprisingly, White filed for trademarks for UF-SEA and didn’t give Oliver his cut. The UFC juggernaut also accused Oliver of stating “selective facts” to build a narrative.

“I’m not remotely mad here. I want you to use that name. In fact, I think you should let us rename all of your events because frankly, you’re not very good at it. Take UFC 249, it’s just your logo plus a number, where’s the pizazz there? What about this ‘UFC Knuckle Opera’, or ‘Dust Up at the Beef Factory’, or ‘Large Hamboy Collider’. It’s better right?”

John Oliver said that he is not mad at White for stealing the idea for UFC-SEA. But he also added that they are not the first people Dana has stolen ideas from. Oliver proceeded to mention that Dana stole the ‘Fight Island’ moniker from a TMZ reporter.

“In fact, the only thing that he’s done here that annoyed me was accuse us of using ‘selective facts’, because facts are to me what other people’s ideas are to Dana White.” 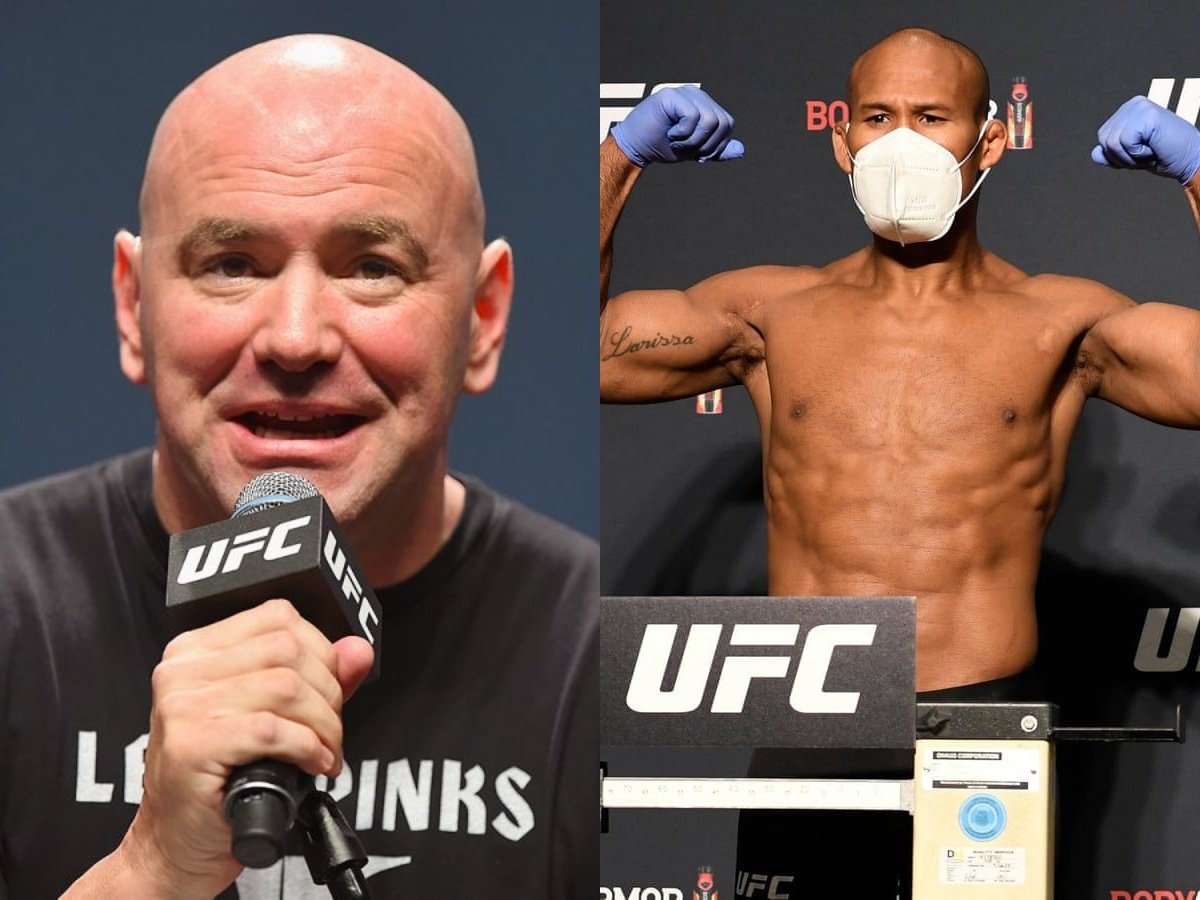 Oliver then cited White’s claim that the UFC carried out 1,100 tests on 300 people. And said that White himself stated a selective fact.

“Basically, Dana was quoting a larger number to make the positive number look less significant here, which seems like, I don’t know, a selective fact.”

“Would Dana White sue you if [‘Baddest Mother F*****’] was put on something not covered by his trademark?” Oliver asked, before raising a mug with the phrase on it.

“There’s actually a number of trademarks that they’ve applied for and got, and then let expire, my favorite of which is ‘You Will Submit’… Since Dana took something that we came up with, we’re going to return the favor. Guess who is officially in the process of owning the trademark ‘You Will Submit’. Who’s the baddest mother f***** now, Dana?”