Conor McGregor has opened himself up to a barrage of social media assaults after sharing a “GOAT THREAD.” Here, in addition to himself, ‘Notorious’ included Anderson Silva, Jon Jones, and Georges St-Pierre in his list. However, in his final tweet, he said he will be No.1 by the end of his career, “easily.” However, the MMA community was not on board with McGregor’s statements. Initially, Jon Jones and Nate Diaz lashed out ‘Notorious.’ Later, they were followed by Khabib Nurmagomedov.

The UFC Light Heavyweight Champion once more reminded ‘Notorious’ about his unfortunate history with wrestlers in the Octagon. Furthermore, he pointed out that ‘Notorious’ has never defended a title anywhere. However, ‘The Eagle’ agreed with ‘Notorious’ being the greatest.

He said, “You greatest UFC fighter in twitter history.”

‘The Eagle’ must have been incensed at McGregor’s explanation for leaving him off the list. Here, the Irish fighter said the 2nd ranked pound-for-pound fighter had “a way to go before any GOAT entry.”

Fancy record but a way to go before any GOAT entry. Only HL is win over me with hangover and broken foot. Other than that, made Iaquintas career with bad performance before Cerrone ended it again. 3rds to get Poirier out. 0 array of finishes. Bottled many bouts. Zero else of note

Plenty of fighters and fans will agree with Khabib’s assessment, as ‘Notorious’ has avoided top opponents for a while. UFC Interim Lightweight Champion Justin Gaethje has documented 2 years worth of goading the 3rd ranked Lightweight contender to sign a contract for a fight.

Read: “Isn’t it Ironic That This Dude is on His Knees”- Justin Gaethje Exposes Conor McGregor on Social Media

If ‘Notorious’ indeed makes a July return, it seems unlikely that he will face a top Lightweight contender. This is because ‘The Highlight’ and ‘The Eagle’ fight each other in a unification bout next. Furthermore, 2nd ranked Dustin Poirier will fight Dan Hooker at the end of June. Also, Tony Ferguson will be serving his suspension until the 2nd week of July.

This means ‘Notorious’ will have to move up to Welterweight or take on a lesser opponent, which has become the norm for him. 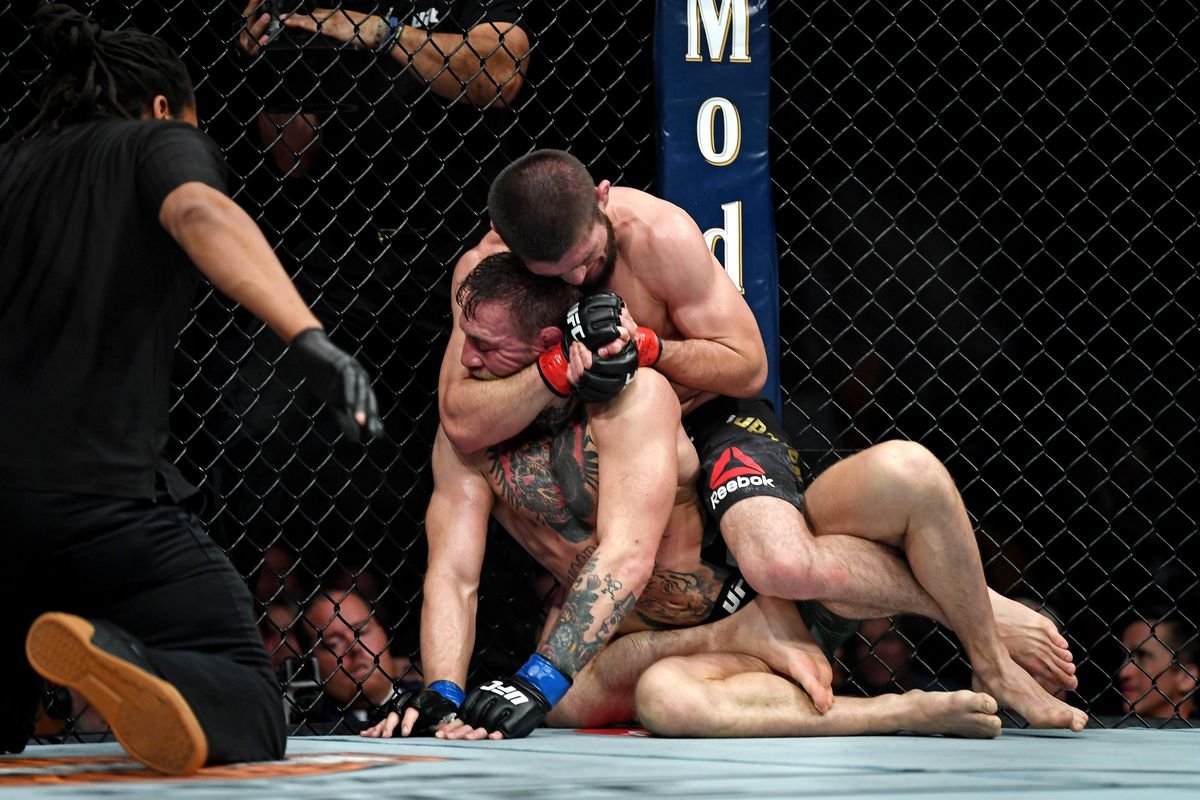 What is your take on Khabib Nurmagomedov’s absence from Conor McGregor’s list? Also, how do you assess him branding ‘Notorious’ “the greatest in Twitter history?”