UFC Lightweight Khama Worthy secured a tight Guillotine submission victory over the top prospect, Luis Pena, at UFC on ESPN 12. The fight was slated as the headliner for the preliminary section of the fight card taking place in Las Vegas. As was a trend throughout the night, the smaller cage has numerically proven to be a producer of finishes. 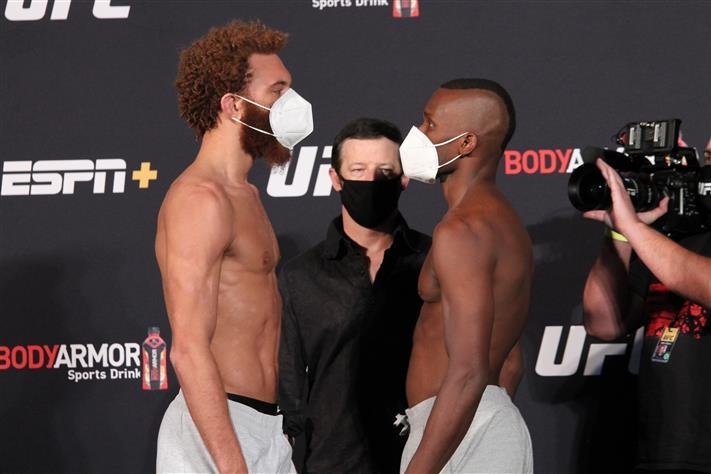 ‘The Deathstar’ came into the fight as an underdog against Luis Pena and many MMA fans had counted him out. Pena has been viewed as a surging star in the division despite having a rocky start in the company. The fight has sent ‘ Violent Bob Ross’ back to the drawing board after being finished for the first time as a professional.

‘The Deathstar’ strikes at UFC on ESPN 12

Khama Worthy was on his bicycle from the start of the fight and was extremely effective in moving backward. He had a crisp counter-response to Luis Pena who took on the role of an aggressor. Not to mention high leg kicks were a prominent narrative going as the first round of the fight drew to a close. 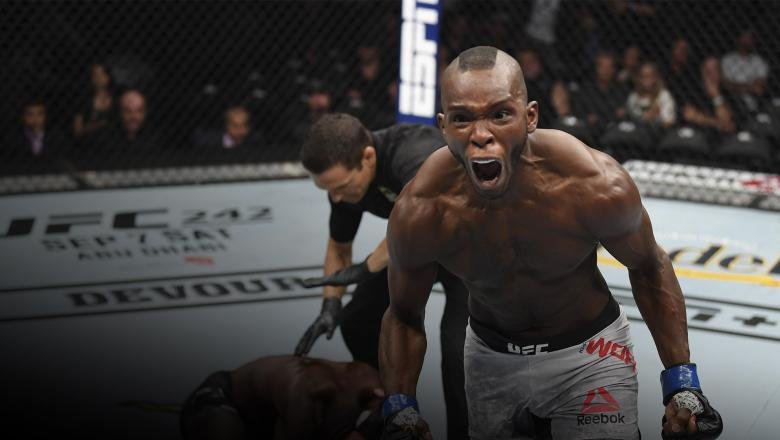 The underdog in Worthy showed great grappling defense when Pena managed to pass his guard in the fight. Moreover, he managed to shift the momentum of the fight off brisk scrambling and hip movement after losing the 2nd round

The finish came in the middle of the 3rd round when Khama Worthy muscled Pena in the clinch. His superior hand fighting throughout the fight paid dividends after securing a nasty Guillotine choke forcing the tap.

The Deathstar strikes back… pic.twitter.com/psGZTp6E08

‘The Deathstar’ is now on a 7 fight winning streak and has put the division on notice. He’s coming on his 3rd straight finish in a row. Additionally, he’s looked very consistent and active and will be looking to build a resume in the promotion.

The UFC Lightweight division is amongst the most stacked divisions in the sport today. Moreover, It appears that Khama Worthy will be looking to continue his upward trajectory and move up in the 155-pound division.