Amid the coronavirus pandemic, WWE has released several superstars and producers including the likes of Kurt Angle, Zack Ryder, Drake Maverick, Rusev, etc. And it seems the former UFC heavyweight champion, Cain Velasquez has joined the list.

The 37-year-old signed a multi-year deal with WWE last year. The rematch with Brock Lesnar was scheduled at Crown Jewel in Saudi. The first encounter between Lesnar and Velasquez ended with the Mexican knocking out Lesnar effortlessly. However, the rematch in the WWE ring went in the favor of Lesnar who finished the fight in just 88 seconds.

Since then Velasquez has not made an appearance on WWE shows. Though Velasquez was hopeful for a trilogy fight with Brock Lesnar nothing has been planned by WWE to make that happen. And it seems the trilogy is not going to happen anytime soon as Dave Meltzer has claimed that Velasquez has been released from WWE. 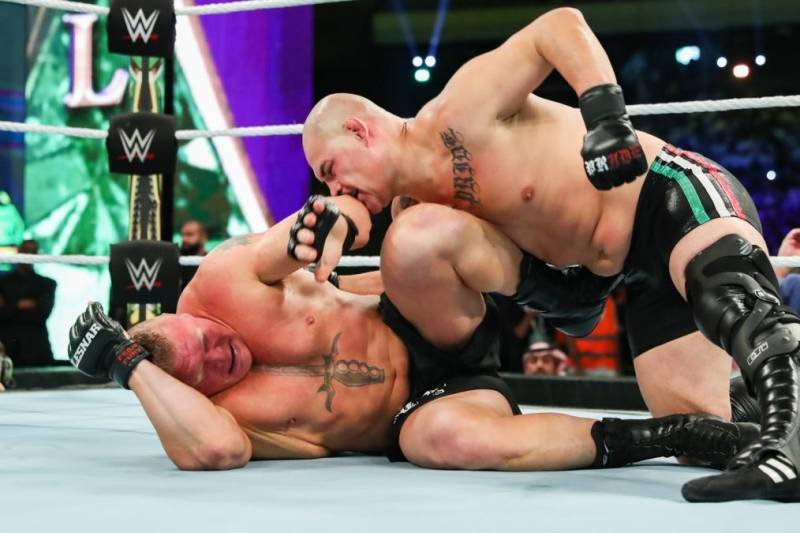 On the latest episode of Wrestling Observer Radio, he said: “They haven’t used him since Saudi Arabia. He was on a giant contract so yeah, that’s pretty much it. It was a multi-year deal. Just like everyone else, he signed a giant deal and one of the things about those deals is they have the right to cut people.”

Meltzer continued: “I mean, I can see it because obviously, the only thing they wanted to do was so Brock Lesnar could get his win and they could have a celebrity for Saudi Arabia. After that, he was going to be in the Royal Rumble, and then for whatever reason they decided against it and they haven’t even thought about him since. He worked a show in Mexico City, but that was it. I haven’t heard of him. He wasn’t down in Orlando training or anything as far as I know, not lately anyway. So that’s pretty much it.”