Suni Lee, the well-known American artistic gymnast, was born in the United States. Since the age of 6, Lee started working towards being one of the best gymnasts. In 2020, Lee became the 2020 all-around champion.

The Minnesota teen, Suni Lee, is exploring her options after winning Gold in Tokyo Olympics 2020. The 18-year-old has now headed towards her second goal, dancing! She recently joined the show “Dancing with the Stars.”

Lee has partnered up with Sasha Farber on the show. And she recently posted a story, showing off her new hairstyle ahead of DWTS comeback.

Lee and Sasha are one of the strongest pairs on the show. But Lee’s fluctuating health has contributed to the deterioration of their performance and the duo has been in the bottom two recently.

The college fresher Lee has had a lot on her plate recently, including the dance show. It has been tough for her to keep up with everything.

Promising a breakthrough, Lee has set high hopes for her fans. Recently, through an Instagram story, Lee revealed her new hairstyle which might be a sign of a comeback. 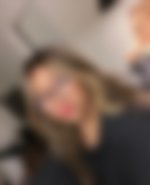 Previously in an interview, her partner Sasha shared an incident that took place right before their first dance on the show. Just 10 seconds before their dance began, Lee’s health declined. But ignoring all the issues, she decided to step forward and make it a success.

Not long ago, Lee revealed the reality of her life. And she accepted that things in her life are pretty tiring and strenuous. The gymnast’s life has become a rollercoaster filled with ups and downs as she tries hard to establish and bring out the best in herself.

Fans will now look forward to the next episode of Dancing with the Stars to see what Lee has in store for them.

Suni Lee’s view on the changes of NCAA rule

Recently there have been some changes in the NCAA rule which will make Lee’s college experience different. According to the changes, no high-profile students can make use of their names, image, and popularity to gain profit.

Lee’s opinion on the change is quite inspiring, as she is looking forward to it and wants to be grounded. She took it as an opportunity to help other students understand the balance between studying and making money together. Lee feels this is actually a win-win situation for her.

“I have to take advantage of this opportunity. Nobody has done it before. I want to help be the face of that and help other people in the future know that they can do college and still make money,” Lee explained.

Despite being an Olympic champion, Lee wishes to experience the life of a normal student, attending classes and making friends. This truly makes her stand out as an athlete.