In the world of bodybuilding, Branch Warren needs no introduction. The retired IFBB professional bodybuilder is from Tyler, Texas. His training discipline is the most eye-catching aspect of the bodybuilding icon. Warren did place 2nd in 2009, Mr. Olympia, which was also his best in the contest. Despite never being able to taste the glory of Mr. Olympia, Warren has two Arnold Classic titles to his name.

Last month, Branch Warren discussed the upcoming Mr. Olympia in December and also talked about the Master’s Olympia. The bodybuilding icon, despite his retirement, has kept his body in top-notch condition. He also answered questions regarding his comeback to the big stage of bodybuilding.

Any chance of the bodybuilding icon’s return?

Branch Warren had the same level of dedication as legends Jay Cutler and Ronnie Coleman. No wonder Warren was also considered a bodybuilding legend, despite having zero Mr. Olympia titles. 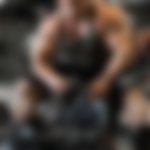 “Hell no [I wouldn’t do a Masters Olympia with a 50+ over age limit].” Warren said and continued, “Just like I told him, I said, ‘for me, there’s no positive upside to it.”

Olympia President Jake Wood did hint about Masters Olympia returning next year. This will only allow men over 45 years old to compete in it. Despite the opportunity, Warren won’t be returning to the professional scene. He also claimed that during his thirties he was at the top of his game, so there’s no way he is returning to the sport.

“The last reason — and I’m just going to say it to be honest… I don’t want to take those drugs,” Warren said. This was the most important reason why the bodybuilding icon wasn’t coming back to his beloved sport. He just doesn’t want to consume drugs again to be at the top of his game.

Warren made it clear that he had no intentions of getting back into professional bodybuilding. But what was his journey like back in his prime?

Branch Warren during his prime

During the prime years of Branch Warren’s career, he was coached by George Farah. Farah knew Warren for 11 years, and he can guarantee that Warren was a competent bodybuilder during his prime.

Farah even confirmed that his immense hard work was the reason for his success. Although it wasn’t enough for Mr. Olympia. But he did win the Arnold Classic title two consecutive times, which was back in 2011 and 2012.

What do you think of Branch Warren? Did he deserve at least one Mr. Olympia? Let us know in the comment section.

Rahul Goutam Hoom is a US Sports writer for EssentiallySports. He is currently pursuing his Master's in Mass Communication and Journalism from Birla Global University. Rahul does photography and gaming during his leisure hours and likes to watch anime.
ARTICLES BY AUTHOR