The 210 days transformation of a TikTok user has left her audience stunned. Claire Hall has been documenting her transformation journey since she began working out earlier this year.

During the journey, Claire documented herself while doing tasks like keeping a check on her calorie count, gym workouts, etc. She shared these videos on her TikTok account. Doing so, she has accumulated a fanbase of more than 14000 users on the platform.

Recently the video Claire shared on her TikTok account consisted of her before and after transformation pictures. The video was a compilation of two pictures through which Hall’s progress was visible. 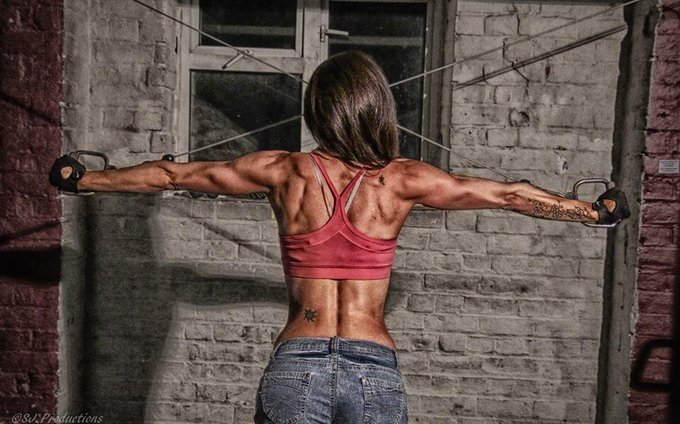 The first photo was of Claire from day 1 of the journey, and in that photo, Hall was donning a set of maroon gym tights co-ord sets. She paired it up with a pair of black heels. The second photo was from day 210. It was taken during the Natural Bodybuilding Australia: a bodybuilding competition Hall had participated in. She was seen wearing a dark pink bikini with silver heels on stage. The caption of the video, which by now has over five million views, read, “Day 1 to 210, we made it on stage baby.”

Fans were quick to flood the comments section of the TikTok star. A stunned fan wrote, “I’m blown away! This is goals.” Another fan commented, “You’re such an inspiration… wonderful progress.” Acknowledging her hard work, another one wrote, “Hard work and dedication paid off, well done.”

When the believers follow, the doubtful ones are never too far behind. Some of the users had doubts about the authenticity of the video. Many noticed that the tattoo on her body in the first photo wasn’t there in the second photo. A user even commented on the video, “That’s not you on stage.” 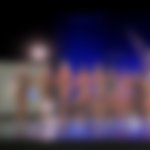 Clarifying all the doubts, Hall posted another video addressing the comment. In the second video, she shared snaps of her from backstage. In the new photos, the tattoos can be easily seen. Reassuring her followers, she said it was due to the jarring lights of the stage that the tattoos weren’t visible in the first video. But they are very much there. She added, “It is me, hope that clears it up.“

Watch Story: From Conan the Barbarian to Terminator 2: Arnold Schwarzenegger Breaks Down His iconic movie roles.

Following the incident, she also shared several videos from her workouts during the preparation to the one before walking up to the stage. She also revealed some of her workout secrets. Hall mentioned that she makes it a point to not work out for more than an hour a day. However, she does work out five days a week.