“Literally Looked Like He Was Eight Months Pregnant”: Arnold Schwarzenegger’s Unapologetic Description of His Friend He Met After 20 Years in 2022

Arnold Schwarzenegger was ahead of his peers in applying training principles and dieting. After retiring, the former Mr. Olympia also wrote a comprehensive bodybuilding guide – The Encyclopedia of Bodybuilding (1985). Even at 75, despite undergoing two heart surgeries, Schwarzenegger uses his knowledge to stay in shape.

In October 2022, YouTuber Beerdy sat with the bodybuilding icon for an exclusive interview. While Beerdy extensively covers content featuring Bruce Lee, he also mentioned Schwarzenegger was one of his heroes. The YouTuber asked the former Mr. Universe how one could achieve a physique like Bruce Lee’s. To this Schwarzenegger gave the example of a friend he had met after 20 years.

Arnold Schwarzenegger compared his old friend with a pregnant woman

Schwarzenegger recalled meeting his friend in 2022 and noticing that while he was muscular, the man had a massive gut. “He had the guts sticking out. It literally looked like he was eight months pregnant,” said the bodybuilding icon in the video posted on Beerdy-Bruce Lee Central.

The former champion said his friend “still had muscle.” According to Schwarzenegger, his friend had everything other than a strong core. “The calves, the thighs, the arms…. was still muscular,” said the former Mr. Olympia. Schwarzenegger said it could have happened due to the lack of core exercise and not monitoring the calories.

While Bruce Lee didn’t have a lot of muscle mass, the martial arts master had a ripped physique with a strong core and visible abs. Schwarzenegger explained how one needs to focus on exercising the core muscles to achieve a Bruce Lee-like physique. The bodybuilding legend named every exercise and the number of reps one must perform to get there.

The seven-time Mr. Olympia explained how to get a core like Bruce Lee

The former Mr. Universe said his friend had fat around the belly “because that’s where guys get attacked (by fat).” However, one can keep their core strength and get visible abs with core exercises like crunches, leg raises, and twists. “Remember, 200 crunches every day is a must.”, said the Austrian Oak. He also said one should finish their core workout with the stomach vacuum. 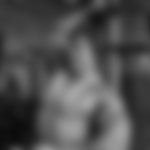 However, it’s also necessary to pay attention to the diet, according to Schwarzenegger. While spot reduction is not possible, one can slowly reduce the excess calories leading to a reduction in overall body fat percentages.

What did you think about Schwarzenegger’s unapologetic description? Tell us your views in the comments.

Sagnik Bagchi is a US Sports writer for EssentiallySports. He has completed his Bachelor's and Master's in English Literature from the University of Calcutta. He has experience working as a freelance MMA writer for Sportskeeda.
ARTICLES BY AUTHOR