“Only Big in America It Doesn’t Matter”: Arnold Schwarzenegger Gave Will Smith a Million-Dollar Advice for His Career Once

Arnold Schwarzenegger is a man of many talents. Bodybuilder, entrepreneur, politician, and movie actor, the man sure does know how to perfect multiple roles to perfection. Having gone through many diverse experiences, his advice is always priceless. Getting a real-life experience of it, Hollywood actor Will Smith, in an archived interview from 2018, shares how his life changed for the better.

Sitting down for a candid interview, Will talks about how Arnold gave him the most powerful advice. Walking down memory lane, The Fresh Prince of Bel-air opened up.

When Will went for the opening of the famous restaurant Planet Hollywood, he found himself in the company of three wise men. Amidst the star-stunned affair, Will could not resist asking for career advice as he saw Sylvester Stallone, Bruce Willis, and Arnold Schwarzenegger together. 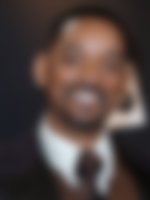 Grabbing the opportunity to the fullest, he said, “I want to be the biggest movie star in the world,” and quickly added, “and I need you guys to tell me.“ Imparting his wisdom, Arnold was quick to reply, “If your movie is only big in America, it doesn’t matter.”
DIVE DEEPER
Making himself clear, Arnold further added, “you will be a movie star only when you are a movie star in every country in the world.” Guiding further on making a brand identity, Arnold advised Will to travel the world and meet people. Taking notes from the Terminator star, Will followed his words religiously. The result? As Will says, it was ‘life-altering.’

Considering Arnold’s words seriously, Will focused more on his career. He wanted to be recognized in every country for his work. He started to travel and refused to settle for anything less. For the unversed, Will is an American actor and rapper. He started his acting career by starring as a fictionalized version of himself on the NBC sitcom The Fresh Prince of Bel-Air.

Having acted in 40+  movies, Arnold is also a known name in Hollywood. Regarded as one of the best action heroes, Arnie gave many box office blockbusters. With more than 22 million Instagram followers, he is one of the highest-grossing and followed Hollywood actors of all time.
Watch This Story: From Conan the Barbarian to Terminator 2, Arnold Schwarzenegger breaks down his iconic movie roles.