In 2017, the sad demise of bodybuilding and WWE legend Nicole Bass saddened the entire sports community. The athlete passed away due to a heart attack at the age of 52. However, despite dominating both the bodybuilding and wrestling stage, Bass still went unrecognized by many.

In fact, Bass often made the headlines regarding various controversies and issues outside the ring. Here is the story of the woman, who ruled the sports, once dominated by men.

Standing beside other bodybuilders, a 6ft2in and 240lb, Bass often towered most of her competitors while giving the male athletes a run for their money. Bass’s bodybuilding career began in the mid-’80s. And given the advantage of her gigantic physique, she excelled. She won her first NPC [National Bodybuilding Championship] in 1997, following which she decided to switch her career to wrestling.

In 1998, Bass joined the Extreme Championship Wrestling [ECW], but again a year later, she transferred to World Wrestling Federation [WWF, later rebranded as WWE]. It did not take long for Bass to gain fame in the wrestling community. Besides her enormous physique, Bass also became famous for her significant “bear hug” move. 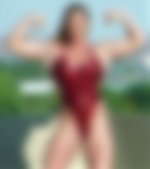 However, her career hit a rough patch when the champion filed a sexual harassment lawsuit against wrestling great Steve Lombardi.

In the lawsuit, Bass alleged that the “Brooklyn Brawler” had sexually assaulted her and threatened her against reporting the incident. However, going against his threats, Bass filed the report anyway. But it was dismissed by the court. As expected, her bold decision led Bass to encounter life-threatening incidents.

According to The Sun report, in one of these bizarre incidents, Bass was hit with a real guitar instead of a ‘staged’ one, which authorities later claimed was to test “how tough she was.” Bass also called out WWE of breaching the Equal Pay Act for the wage difference between female and male wrestlers. 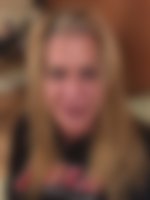 In 2002, Bass played her last wrestling match. Although Bass tried to appeal the court’s ruling in 2010, WWE attorney Jerry McDevitt claimed they had fired the “terrible wrestler” after several inconsistent testimonies.

After her wrestling tragedy, Bass took up various career opportunities and married Richard Fuchs, who passed away in 2013 due to a heart attack. In 2006, Bass’s steroid usage started showcasing its negative effects on the ex-bodybuilder, as she suffered from steroid-related pancreatitis. The doctors also advised the star athlete to restrain from any kind of workout.

Although the star then remained off the news for several years, she featured in the news in New York for shoplifting in a supermarket. A year later, Bass posted a picture from the hospital bed, but the reasons for the same remained unknown. In 2017, Bass was found unconscious in her apartment and was immediately hospitalized.

During this time, it was revealed that Bass was in a relationship with “soulmate” Kristen Marrone. She posted the news of the wrestler’s demise on her Facebook page. “A few days ago Nicole got very sick. She was brought into the hospital and they did everything they could to help her. I have been sitting here with her in the room 24/7 since she got here making sure she was being given the best possible care. Today we learned that there is nothing else that can be done,” Marrone wrote.

On February 17, 2017, Nicole Bass passed away after suffering a heart attack. Although in today’s time, Bass may not be a well-recognized athlete, she ensured to leave her mark on the sports world and never feared to stand tall, quite literally.

Watch This Story: 5 WWE stars who have bodybuilding past

Soumya Bontra is a US Sports author for EssentiallySports. She has been working as a sports journalist and writer for the past two years. Soumya has a Bachelor’s in Mass Media.
ARTICLES BY AUTHOR