Among the most followed horse races in the world, the Kentucky Derby is one of the biggest. Held every year in  Louisville, Kentucky, it is the greatest highlight of the Kentucky Derby Festival. The race is called “Run for the Roses” after the blanket of roses is draped over the winner.

However, much more than the horse and the actual race, there is something else that attracts people to the race as well. And that is the hats that the ladies wear to the race. Over the years, the hats have become a must for the ladies at the race and they are the biggest attraction of the entire outfit. This tradition was also taken over by the rest of the world.

Every year, the women arrive in style at the Derby season with bigger and bigger hats. Women follow the tradition of wearing hats with dedication. More importantly, most of these hats are worth huge amounts. Notably, the world’s most expensive derby hat was seen at the Melbourne Derby in 2014.

The most expensive of hats seen at the Derby

Back in 2014, Kate Peck arrived at the Melbourne Derby wearing a hat worth a whopping $3 million. Peck is very popular for her fashion sense. The hat and dress are both by designer Jack Loder.

Notably, Peck’s hat was made of 1,264 diamonds. Moreover, it is set with a 37.53-carat beryl jewel. The one-of-a-kind hat looked like a crown sitting on top of Peck’s head. She paired it with a beautiful white dress. “It feels like a strange sensation that not many people will ever get to feel, it’s $3 million on my head which is basically like a very nice house!” she said.

At the same time, she feels honored to get the opportunity to wear this hat. She revealed that it made her feel like a princess. 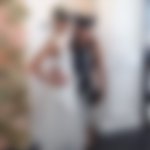 “..I’m feeling like one very expensive princess right now. I have several security flanking me, I have no idea how far they will go to protect this piece of crown but I’m willing to put them to the test.”  Reports are that this is the world’s most expensive hat.

After the race, the hat was put on display at the Calleija stores in Australia and ­London. The hat has set a standard for the upcoming seasons of the race. It will be interesting to see who can outdo this hat in the upcoming years.

The history of the hat tradition

The hat tradition at the Kentucky Derby actually has a very interesting story behind this. When the race first started, the founder Col. Meriwether Lewis Clark Jr. picked up many high society ladies and took them to the event.

The bigger the hat the better at the #KYDerby pic.twitter.com/cFj7K9eQsS

He wanted to assure a good crowd at the race, inspired by the English society. Therefore, his idea worked and gave way to the tradition of wearing hats.

Watch This Story: Did LeBron James Have a No Tade Clause?