It is no surprise for the President of a country to be a headliner in the news. What is surprising is to see them in the news for something other than politics. Something which may embarrass them. A similar instance recently took place when US President Joe Biden had an unfortunate fall from his bike after getting his foot stuck.

The President’s foot got stuck in the toe cage of the pedal when he attempted to dismount his bike. Biden’s security was quick to get to his aid as media personnel swarmed the President.

Internet reacts to Joe Biden falling from his bike

With the Internet Era well underway, news travels almost at the speed of light. What may have happened mere seconds ago catches wind on the internet so fast that it goes viral instantaneously. The same thing happened when President Biden fell from his bike. While people said Biden collapsed from his bike, some Twitter users took it upon themselves to clarify what really happened.

He didn't "collapse", his foot got caught in the toe clip. It happens. pic.twitter.com/IBQ8RKzVzO

One user wrote, “he didn’t ‘collapse,’ his foot got caught in the toe clip. It happens.”

Why have that "toe clip" on a bike? Looks like an accident waiting to happen.

From what I can see, his foot got caught in the pedal mesh. I don't think the drama is necessary.

While another user wrote, “From what I can see, his foot got caught in the pedal mesh. I don’t think the drama is necessary.”

Are you serious? You have never tripped or fallen off your bike? I would love to see you have this kind of energy at 78.

You people should leave this man alone…

How old is he huh?

Mann please!! His foot was caught inside the pedal! Why not show the entire footage?? Instead you make a statement 'this man is not well'. A matter of fact, he's 79 years old riding a bike, and that is pretty damn awesome in my view🧐🇺🇸

One user got fed up with people calling Biden ‘not well,’ and shared a piece of his mind.

You can see the left side pedal rapidly move when he went to dismount. His right toe got caught in the toe cage. Let me find a video of lance Armstrong doing the same fall…

Not the only embarrassing moment for Biden this year

Hard as it may be to believe, this is not the only embarrassing moment that President Joe Biden has had to face this year. The steps to the Air Force One, famous for tripping all those who have stepped on them at least once, have not been kind to Biden. 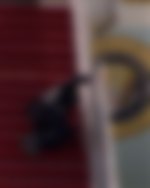 After filming a comedy interview with Jimmy Kimmel, Biden began climbing the steps to Air Force One, all set to take off for Los Angeles. The President was a mere 5 or 6 steps in as he tripped. Thankfully for him, he did not fall. Notably, Biden took another stumble on the famed steps last month. And in March of 2021, Biden endured multiple stumbles on the steps as the White House held windy weather accountable for the same.

While most people came to the rescue of Biden on the internet, some were busy making fun of him as he fell from his bike.

Naman Gopal is a US Sports Writer at EssentiallySports. Naman is an Undergraduate in Journalism and Mass Communication, with a minor’s degree in Cinematography from the Maharashtra Institute of Technology. An ardent fan of basketball and soccer, Naman was once a national level soccer player himself.
ARTICLES BY AUTHOR