American professional snowboarder, Shaun White, isn’t showing signs of slowing down anytime soon. In fact, the 35-year-old is aiming to bring home his fourth Olympic gold medal, despite being the oldest competitor in the sport. Undoubtedly, White’s dedication and hard work make him a force to reckon with.

White and his girlfriend, Nina, have been together for more than a year now. Despite being world-famous entities with polar-opposite careers, their adorable bond makes them the Internet’s new favorite celebrity couple.

Recently, the well-known actress, Nina Dobrev, shared some dating advice that she received from her mother.

While balancing work and relationships might be a tough task for many, the star couple seems to do it effortlessly. White and Nina make for an incredibly compatible pair. Recently, in an interview for her Netflix Christmas rom-com, Love Hard, Nina shared a piece of dating advice she received from her mother. 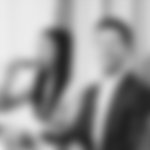 According to her mother, one must choose their partner depending on the inner aspects, not the outer. Beauty might fade away, but truthfulness and honesty stay forever.

“My mom told me once, ‘Beauty fades, but dumb is forever.’ If you’re with the wrong match, the beauty will be gone at some point, and then you’ll be stuck,” said the fan-favorite, Nina.

A match made in heaven

Shaun White, too, revealed the importance Dobrev holds in his life. Nina’s arrival in White’s life has brought with it significant positive changes, which the snowboarder can never deny.

“Nina’s incredible. What an influence on my life,” said the Olympic champion.

White also revealed that both of them give equal importance to each other, and treat each other with utmost respect and admiration. White further expressed how he finds himself extremely lucky to have a partner like Nina.

“She holds me to this same high standard which is so wonderful to have in a partner,” he said.

Undoubtedly, Nina’s positive influence has been a huge source of motivation for White, both personally and professionally. What do you make of the White-Dobrev power couple?