Stats come thick and fast in the present era. But with the analysis based on number crunching, we sometimes lose out on the greatness of some players. Greg Maddux is not one of them. The Hall of Famer has just as stellar a record on stat line as he does in reputation.

Maddux’s presence on the mound was intimidating enough on the Cubs, but he really hit his peak at Truist Park. It was at the Braves that his name became an adjective.

Maddux describes a start in which a pitcher tosses a complete-game shutout on fewer than 100 pitches. And being named after the Hall of Famer, there is no coincidence. Maddux is the only recorded player in the major leagues to repeat this feat 13 times. The next best pitcher has 7. 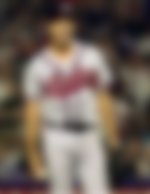 A short walk down memory lane also gives us insight into the player that gREG Maddux was. He was dominant in the Braves jersey. He won 4 consecutive Cy Young Awards from 1992 through 1995 and was one of the smartest operators from the mound. In a look back to yesteryear, Maddux’s stat line looks like something of a dream.

And while there may be some detractors claiming that stats make books, and skills make players. Maddux was no short of smarts on the diamond either. Fellow Hall of Famer Doug Glanville harkens back to when the two had faced off in the ballpark. Sharp as anyone else, Maddux used to hurry Glanville whenever he led off leading to strike more often than not.

Maddux figured out that when I led off the game, I would be in the batter’s box and also looking down (after my stretching routine). So one game, by the time I looked up, the ball was halfway home. Strike one. Guy was 10 steps ahead of you. Always. #Braves #MLB #Phillies https://t.co/UFefBcx4GU

Maddux started out pitching in the Chicago Cubs in 1986 but switched to the Atlanta Braves in 1992 where he enjoyed his most dominant stretch in the MLB. He was an all-star in 6 of the 11 seasons at Truist Park in between 1992 and 2003. Sprinkled with a few Cy Youngs in there for good measure.

He then switched back to the Cubs before a stint with the LA Dodgers and the San Diego Padres. However, even after his retirement from the game as a player, Maddux still was involved in the major leagues as an assistant coach and general manager, both with the Chicago Cubs and the Texas Rangers.

If any doubts ever existed, he was inducted into the Baseball Hall of Fame in his first inclusion on the Ballot in 2014 with a 97.4% vote.

Maddux is a titan of the game and has been recognized as such several times before but who else can you think of whose stats stand upto their reputation in the league as well.

WATCH THIS STORY: MLB Stars Who Have Been on Both Sides of New York Yankees vs Boston Red Sox Rivalry