Alex ‘A-Rod Rodriguez may not have been the happiest to know of former fiancé Jennifer Lopez’s engagement, but he sure is turning it around fast. Lopez and Rodriguez reportedly agreed to part ways in February 2021.

After ending their former engagement, A-Rod was reportedly enjoying the single life. It appears, however, that such a sojourn is at an end. And with A-Rod being spotted at multiple events with fitness model and influencer Kathryne Padgett, the internet is abuzz with rumors.

The reported romance is yet to be confirmed by either party. However, they have been snapped together in several instances until now. What’s more, they have also taken to engaging with each other on social media. This includes tagging each other on posts in as many opportunities as they get.

And while Jennifer Lopez appears to have moved on from their relationship and has already announced her engagement with movie star and former fiancé Ben Affleck, A-Rod still appears to have held back from an announcement.

But in case the reports do turn out to be true, who is Kathryne Padgett? And what do we know about her?

5 things to know about Kathryne Padgett

Kathryne Padgett and A-Rod were first spotted together around early January this year. The two were at an NFL game and were clicked together supporting the Green Bay Packers. The sports theme seems to carry through their relationship as they also went to an Opening Day MLB game together. Going to watch the Oakland Athletics at the Coliseum; when Padgett posted a photo of herself from the ballpark, A-Rod was quick to claim credit for taking the picture.

She is a fitness model and bodybuilder

Padgett is a successful fitness model and bodybuilder and at a time may have even taken part in a few events competitively. As early as July 2021, a post on the model’s Instagram features the caption, “I am truly so blessed I got the opportunity to compete & for the support from a ton of amazing people that allowed me to have this experience.”

She hails from Texas

While Alex Rodriguez and Texas may not have historically been a great combination, he certainly seems to be turning that around. Apart from his blockbuster contract with the side that he then had to cut short with a move to the Bronx, A-Rod is trying to get back into the good books of the Lone Star state 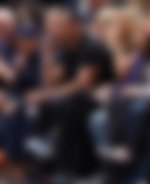 With Padgett hailing from Dallas, who knows, A-Rod may soon be looking at some local investments too. Could a return to the Rangers be on the cards?

She studied to be a dietician

The young model has some solid prospects lined up for her. After completing her graduation from the University of St. Thomas in 2019, Padgett reportedly even had a job lined up as a dietician at Doyle Sports Performance.

She is a HUGE Sports fan

As can be surmised, Padgett is a fan of all sports. With the two being spotted at the NFL postseason to start their rumors and culminating in an Opening Day photo at the Coliseum, it seems obvious that Padgett has an appreciation for most sports.

Perhaps the two enjoy that discussion too. Padgett was even with Rodriguez to watch his Minnesota Timberwolves take on the LA Clippers in their NBA Play-In Tournament game.

Watch This Story: “Big Problem At The Moment” – Alex  ‘A-Rod’ Rodriguez Asks For Help From Fans

But what do you think? Could the rumors be true? Do you think that A-Rod may have actually snagged another partner so soon?