The Show 2022 is close to release. So close that you can almost taste it and baseball twitter knows it too. With the latest cover athlete expected to be one of several contenders, the game is teasing its fans. Given the lockout is still in force, baseball fans have little to get excited about. And when fans aren’t provided excitement, fans find it.

Perhaps that is why the Show 2022 is drawing so much attention and, specifically, it’s cover athletes. A variety of prospective cover athletes have been discussed so far. With top performers from the last season being in the mix, a decision is yet to be made. 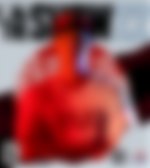 By and far, the athletes that are considered to be front runners are leaders from the MVP race. With Shohei Ohtani snagging unanimous AL MVP last season, he is definitely in the mix. Freddie Freeman, NL MVP 2021, is also a contender, while Vlad Guerrero Jr., of the Toronto Blue Jays, is not too far behind himself. Finishing in second place behind Ohtani, his bid for cover athlete remains plenty strong too.

However, the makers may throw up a surprise last-minute too. With the game announcement expected to come sometime early this Monday, keep your eyes peeled. 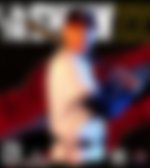 The official Twitter account of the game recently tweeted the exact date and time of the cover announcement and baseball fans can get hyped.

The video snippet features (possibly) the cover athlete from behind a frosted glass appearing and pressing up against the glass before reverting just as quickly. The nature of the announcement, which was kept too vague, intentionally, may have backfired though, as it has led to a lot of theorizing from fans as to who the mystery operator can be.

And while there are several theories, the details of the reveal come up towards the end of the video showing that it has been scheduled for a Times Square Livestream on Monday, 1/31/22 at 8:35 AM Pacific and 11:35 AM Eastern.

Fan reaction to the reveal

While several expressed excitement at something finally happening in the world of baseball, the theories ran amok. With some suggesting Shohei Ohtani to be the obvious front runner, some even theorized that Derek Jeter could be featured on the cover, considering a New York-based release of the cover.

As much as it would make sense. I don’t think it CAN happen because of the player image thing from the lockout. It’ll be a former player and since it’s a “Times Square” reveal. I’m gonna bet Jeter, even though I think there are better candidates

It was theorized that the lockout would make it that the player image rights would be unavailable to the league, and hence, it was more likely to feature a former player. With the release only days away, all possible discussions will soon be put to rest, but until that point, let the theories run wild.

Graphic design is my passion pic.twitter.com/3D58ilRWIf