The crosstown rivalry in New York is just about bursting at the seams. With the Bronx finally making the moves for a World Series-winning roster, the Mets are making moves too. And some of them are even for the same person. Assistant hitting coach for the New York Yankees, Eric Chavez, has moved to Queens to be hitting coach for the Mets.

The New York Mets have undertaken an aggressive hiring strategy this off-season. The hiring of Buck Showalter as manager clearly shows the intent of owner Steve Cohen and general manager Billy Eppler. Out to win it all, they seem to be making all the right moves.

Eric Chavez as hitting coach for the New York Mets

The switch apparently has its roots in the equation that Mets General Manager Billy Eppler and Chavez share. Apart from signing Chavez as a player to the Yankees in 2011, the two have a great camaraderie. Chavez was on the coaching staff at the Angels when Eppler was in the front office there, too. 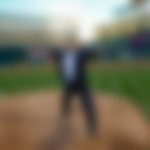 The Yankees reportedly granted Chavez permission to interview with the Mets. This was only done as it was for a higher position with the Mets organization.

Mets are hiring Eric Chavez as hitting coach. Yankees granted Mets permission since he was to be assistant hitting coach for them.

Buck Showalter’s staff seems to be finally taking shape now; With Jeremy Hefner as pitching coach, Joey Cora as third-base coach, and Wayne Kirby as first base coach. The Mets still, however, need a bench coach, bullpen coach, and assistant hitting and pitching coaches to fill out the staff.

The Yankees had announced the hire of Chavez only last month under a revamped coaching staff. They reportedly had high expectations of Chavez. In fact, Aaron Boone, manager of the Yankees, said that Chavez “blew him away” in interviews and that he valued Chavez’s perspective on the game and his open mind.

The six-time Gold Glove third baseman will now be seen in the Mets dugout and will have his work cut out for him. Eric Chavez racked up 260 home runs over 17 seasons, including 13 seasons with the Oakland Athletics and two in the Bronx over his playing career. He now takes charge of an underperforming Mets roster.

It will be up to Chavez to help the Mets’ bats improve their approach and plate discipline, as several players are looking to bounce back next season. Francisco Lindor, Jeff McNeil, Dom Smith, James McCann, and Michael Conforto (free agent) will turn to Chavez to improve their hitting come 2022.

The Mets roster finally seems to be coming in place and with the Yankees out to challenge this season too, in what will be good news for New Yorkers, their city could be seeing some intense battles.