Twitter is where sports react to each other. And sometimes the worlds of sports collide. In the aftermath of the Jake Paul v. Tyron Woodley II fight on 18th December, 2021, Alex Wood of the San Francisco Giants took to Twitter to drop solid suggestion for the ‘Problem Child’s’ next opponent.

The internet prodigy took the fight to Tyron Woodley and knocked him out in 6 rounds to the shock of many at the arena who were expecting Tyron Woodley to put up more of a fight. Twitter reacted to the result of the fight and Alex Wood of the San Francisco Giants was not to be left behind.

Jake Paul is 4 fights into his professional boxing career, having fought mostly non boxers in his fights so far and perhaps Alex was looking to be a bit tongue-in-cheek with his tweet here.

Alex Wood, the southpaw pitcher, has recently re-signed with the Giants for the 2022 season and he seems to be quite happy after their performance in 2020. While his new contract runs for 2 years he had stoked rumors earlier in the year before confirming his place in the Giants roster. 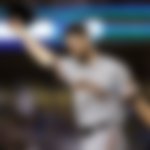 Wood has made no qualms that he intends to perform for champion teams and how clearly, the Giants are operating at that standard right now. Reiterating just what a side these Giants really are, Wood stated that while he has been to the World Series a fair few times before, 107 regular season wins don’t just happen. He said,

He was also bullish about the season coming up, expressing how a majority of that squad is returning to the team, and how they would likely run it back this year with similar results.

Reaction to the Paul Fight

Alex Wood clearly knows about winning and a big part of winning is picking your opposition. While most sports don’t necessarily give the competitor too much agency on the subject, boxing allows for a canvas, excuse the pun, to paint us whatever picture looks best.

And Jake has been criticized before for choosing soft opposition, having only fought fellow Youtuber Deji, followed by ex-NBA player Nate Robinson. His realest test so far could be considered Tyron Woodley, with his bout with Ben Askren ending in the first round. Tyron Woodley, in his first fight went the distance with Jake Paul only losing on a split decision draw, but the second ended in a clean knockout in the 6th round.

Also watch this story: 5 potential opponents for Jake Paul after his knockout of Tyron Woodley

Alex Wood perhaps echoes the sentiment of most people on the Internet who want to see Jake Paul fight a career boxer so they can assess his true skill level. While the internet waits with bated breath for Jake’s next announcement, and baseball saunters along with the lockout, maybe this is the ultimate convergence.