The New York Yankees have been on a spree to reinforce their title bid this off-season. While the lockout lumbers on, the Bronx Bombers have taken to making sure their coaching staff is ready to extract the best from everyone they have on the roster. And they have a new addition.

The newest addition to the New York Yankees’ roster is Joe Migliaccio as the hitting coordinator. Migliaccio was promoted after stints as hitting coach on a few minor league outfits in seasons past. And he seems to have a simple enough mantra. “Hit Strikes Hard”.

Joe Migliaccio enters the Yankees coaching staff on the back of successful stints with the Somerset Patriots in 2021. He was hitting coach with the Patriots and boasted an enviable record while there. 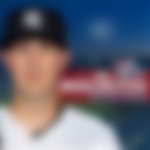 The 30-year old enjoys his first major league appointment coming off a stellar season in the minor leagues. The 2021 patriots have put together 175 homers with a 0.447 team slugging percentage. This put them in good stead for the no. 1 ranking in the Double A Northeast League.

In another interview, Migliaccio spoke about how he knows the Yankee culture. Said Joe, “Another thing was that within the Yankees organization, from top to bottom winning is important. Its incredibly important, and at the same time development is critically important.”

The Yankees have also stated that their coaching philosophy is departing from the usual and that they plan to undertake “impact” coaches. Those who can really get to the players and extract the most out of each roster member. Migliaccio seems to be a hire very much in line with that philosophy.

The New York Yankees prepare a bid for The World Series

The New York Yankees ended the 2021 season fairly underwhelmingly for their standards. Exiting the post season with a loss to the Red Sox is something the Yankees will soon be looking to forget. Having made clear their ambition, what remains now is to act on it.

The Yankees are in dire need of a shortstop. And while multiple options have been discussed, what happens remains to be seen until after the lockout ends.

Carlos Correa and Trevor Story are both signings that the Yankees will be considering heavily. But they are both likely to cost the pinstripes. An effective strategy could well be to simply hold back any superstar signings for now. Signing a stopgap would give their prospects the time to develop and also free up funds.

Funds they could use to sign Aaron Judge to an extension.

What the Yankees will do for now remains to be seen. But what is for sure is that they are definitely preparing for the future with a strategy in mind.