The New York Mets have acted decisively and quite astutely in the 2022 off-season. Much to the envy of most other teams in MLB, the Mets are putting together quite a roster. With free agent signings galore, the recent appointment of Buck Showalter has only rejuvenated the faith of the Mets faithful.

The Citi Field has been host to much heartbreak. And not having  put together a solid post season past the 2016 season is a big reason why.

The 2022 season however, might be a turnaround season for the Mets. Despite the exit of Marcus Stroman from the mound, the Mets have done well to replace his talents through the signing of Mark Scherzer. The pitcher is proven pedigree from the mound having won the Cy Williams Trophy 3 times previously. 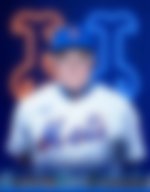 There still however remain doubts as to whether Showalter will be ready to manage a roster 3 years out from the job. The game has moved forward in its pace since then. Add to that use of technology and analytics has seen a huge upswing since the last time Showalter was in the dugout.

However, in a joint press conference addressed by the New York Mets, the president Sandy Alderson and the general manager, Billy Eppler, addressed the media on the appointment. Reportedly, Steve Cohen was so happy about the appointment that he rushed the announcement.

Heard Steve Cohen’s initial plan was to wait until Monday to announce Buck Showalter’s hire. The Mets owner, like a kid in a candy store, was too excited to wait. So he checked with Buck to announce it today and here we are, with an exciting weekend for the Mets.

The two exuded confidence in the new appointment. They expressed trust in Showalter’s ability to be the perfect bridge between analytics and man management. The experience that Showalter seems to have gained in his previous stints really seems to be coming to the fore in his current role and he will need to use it best.

The perfect job for Buck Showalter

Showalter excels at bringing people together and gets teams to really band to compete. This probably makes it much harder for him to take full advantage of his skill set during the lockout. But Mets fans, fear no more. The Buck stops here. He stressed on how the atmosphere he wants to build is one where everyone can flourish and bring what they bring to the table. The organization does well if they do well.

Dispelling all doubts as to his ability to use analytics, Buck addressed the media in an interaction stating for the record anyone who may think that he will be beat on data and analytics next season would be in for a rude awakening.

Buck Showalter shares his beliefs on using analytics as a manager:

"If you think that I'm going to let somebody beat us by having better analytical information or because someone on the staff doesn't understand it, I'm not gonna talk about it. We'll show you." pic.twitter.com/iRkd9dFY4X

His Plan for the New York Mets

The elder statesman coach is here to put in a shift for the Mets and anyone who thinks otherwise may be in for a rude awakening. Showalter has already been in touch with his pitching coach, Jeremy Hefner, about the possibility of an abbreviated spring training should the lockout bleed into the scheduled baseball calendar.

Showalter stressed that it’s hard to win, especially when you’re expected to win. And what attracted him to the Mets was that he wanted to join an organization that could not only win, but win consistently over the years. The common denominator in such sides he said, was usually that teams really banded together and that was what he wants the Mets to do. 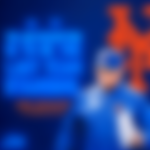 The brief he added “isn’t to be competitive or try to win more games than you lose — it’s to be the last team standing.”

Citing concerns about possible rehabilitation of injuries sustained in spring training Showalter already seems to be preparing for the season that lies ahead and Mets fans can safely get excited about the 2022 season. Which promises, at the very least, to be eventful.