Disgusted With Marathon’s Maternal Policies, 34-Year-Old Pregnant Athlete Voices Her Resentment: “Why Are You So Alienating a Section…”

Lately, elite athletes are raising their voices against the unfair maternity policies in the sports world. The most recent athlete to join the uproar is the 34-year-old Marathon runner, Fiona English. English is due to deliver her first child just 2-days before the Boston Marathon she is supposed to participate in. Explaining the gravity of her situation to the Boston Athletic Association, English applied for a deferral of participation. However, the response English received from the board compelled her to address the matter publicly.

This comes at a time after NBA all-star Dearica Hamby criticized the Las Vegas Aces. She called them out for their “unethical” treatment of her, after her pregnancy announcement. Another athlete who had an issue with her club was the Icelandic soccer player, Sara Björk Gunnarsdóttir. Ultimately, she was successful in her lawsuit against her former club, which refused to pay her while she was on maternity leave. Similarly, English is also raising her voice against unfair treatment. She is trying to either get her refund or the participation deferred.

Fiona English writes an open letter to the Boston Marathon

On 20th January 2023, Fiona English posted an open letter addressed to Boston Marathon on her Instagram account. After introducing herself, English expressed how ecstatic she was when she first heard about her qualification. English had participated in 17 Marathons and finally qualified for the Boston Marathon after finishing the Paris Marathon in a runtime of 3:27:05.

Unfortunately, English will not be able to participate in the race as she is due to deliver her first child in April 2023, two days before the said race. Therefore, she sent an email to the organizers explaining her situation, but was met with an unwelcome response.

“I contacted the Boston Athletics association to ask about deferral-obviously I can’t run the marathon-and was met with the coldest brick wall ever,” the Marathon runner wrote.

Moreover, English claimed that she is unable to comprehend how the Association doesn’t practice what they preach. Quoting their motto, Fiona English wrote, “The B.A.A states that its mission is to ‘promote a healthy lifestyle through sports, especially running.’ So I can’t understand the disconnect.” Furthermore, questioning the authorities she added, “Why are you so alienating a section of the population…” 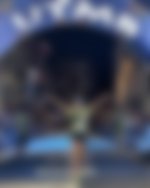 Additionally, English called the association out for establishing “male-centric rules.” “After all you’ve gone from physically barring women from entering to trying to rip them out of races, to now actively working for equal split start lines,” she added. Fiona English concluded her letter by quoting two of the pioneering women of the Boston Marathon.

Watch This Story: From Joe DiMaggio to Wayne Gretzky- Most Outstanding Statistical Accomplishments in Us Sporting History

What do you think about the demand made by the expecting athlete? Was the Association’s response to the query fair or unethical? Let us know in the comments section.