Published 09/26/2022, 12:45 PM EDT
By
Shreyosi Banerjee
When it comes to dominating the music industry, nobody can overtake the ‘queen of pop’ aka, Britney Spears. Her music is a core memory for an entire generation. But, according to one of her posts, it looks like that might not be her only strong point. This diva has not only just got dance moves but some thrilling gymnastics skills as well.

Britney first erupted into Hollywood in 1998 with her hit, “… Baby One More Time.” This catapulted her into stardom and she reigned the industry for an entire decade, even winning a grammy in 2004, for her pop hit, Toxic.

As a super celebrity, Spears always has maintained a standard image and physique and was well known for her workouts. But, many fans were shocked when she uploaded a video of herself on Twitter in 2017 doing gymnastics.

On September 19, 2017, Britney shared the video on Twitter with the caption, “Fun day yesterday at gymnastics! So excited to hear the Olympics are coming to LA in 2028… already getting in the spirit.”

Britney was seen practicing backflips in the video. While most of those were assisted by a trainer, she also performed some handstands unassisted. And, she also showed her handstand walk to her fans too. 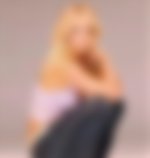 It is notable that even before she had her fame in the music industry, Britney was an athlete herself. She was an avid devotee of gymnastics. She had also participated in many talent hunts and competitions, even winning a few state-level ones as well.

Infact, Spears was quite proficient in gymnastics before she even turned 10! Who knows what accolades she’d have brought, had she chosen this career instead?

The timeline of the pop diva, miss Britney Spears

Britney’s Hollywood dreams started as a teenager when she competed on a reality show in 1992. This eventually led her to sign a record deal with Jive records under whom she released her first song and album. Britney was 16. She was credited for her very unique musical style in the late 1990s and early 2000s.

Fun day yesterday at gymnastics! So excited to hear the Olympics are coming to LA in 2028… already getting in the spirit 😜😜😜 pic.twitter.com/hMHNXCQdq4

She did have her own hardships. From being accused of erratic behavior by the paparazzi to a conservatorship that she rebelled against, things were not good for her. But, it seems that the latest court decisions regarding her conservatorship debacle and the release of her new album are making things better for her.

WATCH THIS STORY: Serena Williams Vs Beyonce Vs Britney Spears Net Worth: Who’s The Richest?

Shreyosi Banerjee is a US Sports author working with EssentiallySports. She is currently pursuing her graduation in English honors. Shreyosi holds prior work experience in content creation, having worked as a content writer, freelancing for companies like Webgross.
ARTICLES BY AUTHOR