Although Wayne Gretzky is an ice hockey legend, it is no secret that he absolutely loves to play golf. Hence, he also shares a great relationship with his son-in-law and golfer Dustin Johnson, as the two are often seen beside each other on the golf ground.

Beyond the field, in 2022, the duo had one of the most-awaited collaborations with the sports and lifestyle brand Adidas. During an interview, Johnson revealed how the collaboration was at the top of his list of endorsements.

A special collaboration between Wayne Gretzky and Dustin Johnson

While talking about this unique collaboration with his father-in-law to Golf Digest, Johnson admitted, “I’ve been part of some amazing collaborations with the Adidas team over the years, but this one definitely goes to the top of the list. Wayne is the greatest to ever play hockey and I know how much he loves golf, so to be there with him side by side on this limited edition TOUR360 22 is really cool.”

Apart from the number and logo, the shoe also had details with orange and blue colors to celebrate Gretky’s 4x Stanley Cup achievements with the NHL team Edmonton Oilers. And, the color navy blue was added to resemble Johnson’s usual golfing attire.

Both athletes have immense respect for each other, and this collaboration is proof of it. The duo has adorned this merchandise on various occasions, especially on the golf field.

Johnson pays tribute to Gretzky with the “special shoes”

During the Genesis Invitational event in February last year, Johnson was seen wearing the limited-edition shoes. Fans were absolutely awestruck to see the golfer pay such a special tribute to his father-in-law. The number “99” was clearly visible on the footwear. 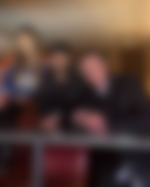 Unfortunately, Johnson finished the tournament at 2 over but ended up making the headlines for his “special” shoes. Although Paulina, Gretzky’s daughter, and Johnson’s wife, is their major link, they share quite a unique relationship due to their love for the sport.

Watch This Story: Paulina Gretzky revealed how her dad gave her the best advice before she married Dustin Johnson

Besides, Gretzky and Johnson often present one another with precious gifts, but nothing could top their collaboration with Adidas. Maybe the two will pair up again in the future, for another mind-blowing launch.

Soumya Bontra is a US Sports author for EssentiallySports. She has been working as a sports journalist and writer for the past two years. Soumya has a Bachelor’s in Mass Media.
ARTICLES BY AUTHOR