“On a Park Bench With a Paper Bag”: Substance Abuse Ran Far and Wide Amongst Laird Hamilton’s Surfing Heroes Growing Up, as Revealed in 2021

Big-wave surfer Laird Hamilton has contributed to the surfing world like a genius. He never aimed to gain fame in the surfing community through leagues and medals. Instead, he thought more about revolutionizing the sport. However, there were aspects like substance abuse that Laird detested, and was shocked to see his idols doing it as well.

Before turning into a surfing genius, Laird Hamilton was into modeling. He did men’s action sportswear print modeling and also acted in surfing-related films like North Shore. Although he was a good surfer, he never adhered to the surfing circuit.

Laird Hamilton is the co-inventor of many revolutionizing elements of surfing. He co-invented tow-in surfing, which is a surfing technique that helps surfers to catch faster waves. He is known as one of the best surfers in the world. Growing up in the surfer community, Hamilton detested the internal politics that prevailed in it. What he did not like even more was substance abuse, which most surfers practice today. 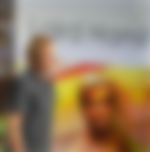 In an interview with Rich Roll Podcast in 2021, Laird commented on the substance abuse that prevailed in the surfing industry. Moreover, Hamilton expressed that he was shocked to see his surf idols indulging in substance abuse. Hamilton stated;

“Well, you know, listen, I was around a lot of radical stuff. When growing up and you know I can remember, you know, seeing guys that you looked up to that were like your heroes, and then you’d see them on you know, on a park bench with a paper bag and, you know, fallen over. And just how painful that was.”

Hamilton expressed that seeing his surfing heroes intoxicated was hard to accept. Moreover, he stated that as an idol of the younger generation, he would never indulge in any kind of abuse because that would easily influence them to do the same. Hamilton said that neither he would do anything for the young surfers or his children. He likes to stay in control and does not want to give a substance the power to control him.

Hamilton feels a lot has changed in today’s surfing

Being in surfing since a young age, Hamilton has identified major changes in the surfers today. In an interview with Men’s Health, Hamilton stated that young surfers were not fully skilled. He pointed out that many young surfers may be great at surfing, but they lacked swimming skills.

Moreover, he also felt that surfers today are not much thrilled by seeing videos and stills of them surfing. A lot might have changed inside the surfing industry, but Laird Hamilton seems to stay connected with his roots.

Muskan Sharma is a US Sports author for EssentiallySports. She has a degree in journalism and mass communication from the University of Calcutta. Muskan has worked as a writer for 3+ years but has a knack for filmmaking, too.
ARTICLES BY AUTHOR