In 2021, professional rock climber Alex Honnold appeared in an interview with GQ sports. The ‘Free Solo’ icon, reviewed the climbing scenes from some famous Hollywood movies and gave his expert opinions. From ‘Wonder Woman’ to ‘Mission Impossible – Ghost Protocol’, Honnold reviewed all the magnificent climbing scenes we have been awed by.

While reviewing the scenes, Honnold pointed out the ones that are performed in real life, and called out the unreal elements added to the scenes. During the interview, he also revealed the stunt that he had performed himself too. Let’s see what the professional climber has to say about the stunt Tom Cruise pulled off in ‘Mission Impossible: Ghost Protocol’.

The movie Mission Impossible: Ghost Protocol came out in 2011. One of the most memorable stunts in the movie was when Tom Cruise had to climb the tallest building in the world, to secure his mission. Seeing Cruise climb up the Burj Khalifa, Honnold revealed that he too had once done the same. Reminiscing his time, Alex Honnold said, “I’ve actually scouted the outside of the Burj Khalifa a couple of times for a potential TV thing. So I’ve rappelled down the outside of this building and climbed it.”

Remembering the exhilarating experience, he added, “The experience that he’s having right there where all you see is yourself and the exposure behind you actually is incredibly unnerving because instead of being like ‘oh, I’m climbing’ all you see is the 2000 foot drop behind you. This is all totally realistic. It is like mirrored glass.”

Honnold further added how unrealistic it feels when standing atop the tallest building in the world and looking down at the other 50 tall buildings. He shared that those buildings look like nothing but small toys from the top of Burj Khalifa. “It’s like totally insane,” he exclaimed.

Honnold started the analysis from the scene where Cruise is seen climbing the mirror walls using nothing but “magnetic climbing gloves.” Looking at the scene, Alex Honnold vouched that, in reality, those kinds of gloves or something on those lines doesn’t exist. What does exist is a suction cup, but it won’t be as effective as the one shown in the movie. 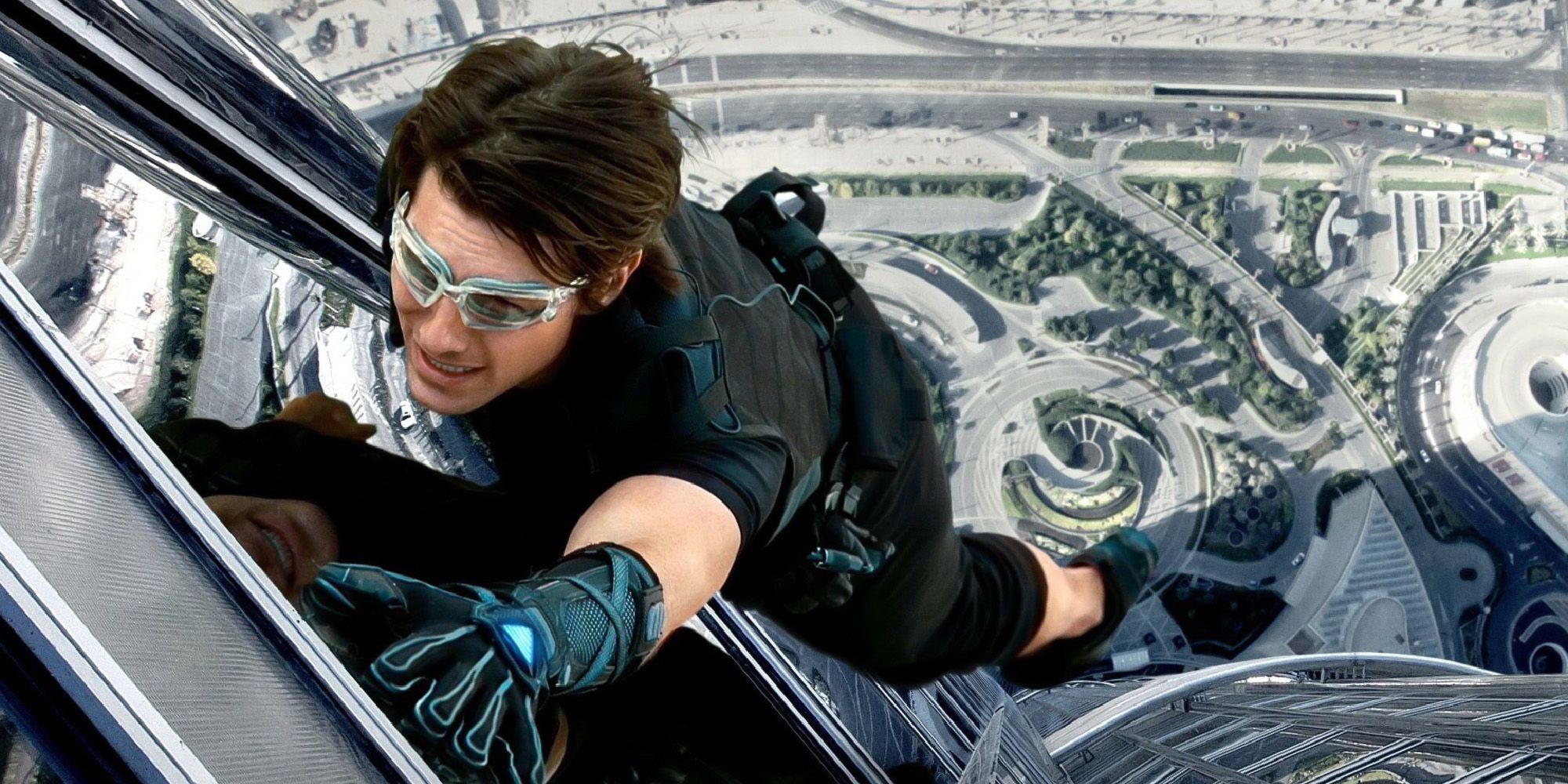 In the next scene, an upcoming sandstorm watched Cruise off guard. Honnold pointed out the lack of planning there since the climber should always check the weather forecast. If a sandstorm is approaching, the climber would be aware.

Watch Story: “Are You Out of Your Cranium?”: Despite Making $17 Million a Year, Shaquille O’Neal Did Not Fear for His Life Just Like Hollywood Actors Tom Cruise and Jackie Chan

Overall, Alex Honnold was impressed by the work Tom Cruise did in the movie, minus the magnetic gloves. Let us know in the comments section your views and Honnold’s analysis.