The star gymnast Simone Biles is looked upon by young female athletes all over the world. She is an icon, standing as a true symbol of strength and courage.

Biles has always stood up for herself, speaking her mind and standing for the right. During the Tokyo Olympics, she put her foot down and made it clear she won’t be risking her health to perform anymore.

Biles’s mother Nellie recently revealed how the athlete has a mind of her own. She has always found her own voice and expressed her opinion.

A mind of her own

Biles’ mother Nelly Biles has revealed how amazing of a person Simone Biles is, always taking a stand for herself as well as others. She revealed that Biles is the same as she always was, brave and courageous. From a young age itself, Simone Biles was talkative and expressive.

“Simone was talkative, Simone was expressive, she didn’t agree with everything that I said. Simone had a mind of her own,” said Nelly Biles. 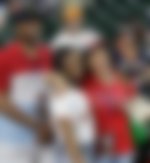 Biles has always stood by her sister in times of trouble and isn’t afraid to speak her mind. There is no doubt that Biles will always back someone up, helping them throughout.

“Simone advocated for herself and she’s always spoken for her sister, so she will always talk for someone,” added Simone’s mother

The 24-year-old made a bold decision during Tokyo 2022. She had a case of the “twisties” and realized she needed to stop. Even though her decision was met with a lot of criticism, at the same, she inspired so many other athletes who were going through the same.

Nelly Biles is proud of the strength Simone Biles depicts

An elite gymnast, Biles has been through her own share of struggles. In 2018, Biles admitted that she also was one of the victims of Larry Nassar. Apart from that, elite sports have a lot of pressure and the struggle that the athlete has gone through.

Biles has been through all of these and come out stronger. And Sihe is not afraid to share her story.

Biles has given immense strength to so many athletes who were going through their struggles but were afraid to come out. Biles made them realize it was completely okay to prioritize themselves than their performance.