Norwegian alpine skier Aleksander Aamodt Kilde has bagged yet another gold at the men’s World Cup downhill. Despite having fractured his right hand several hours before the big day, Kilde managed to come out as the victor during the Kitzbuhel weekend. Winning his 5th downhill in a single season, Aleksander Kilde became the first male skier to achieve the feat.

Men’s downhill is Alpine Skiing World Cup with the highest prize money of approximately $109,000. The event was attended by nearly 45,000 people, which included many dignitaries from several spheres, like sports, politics, etc. American skiing champion Lindsey Vonn, and bodybuilder and former governor of California, Arnold Schwarzenegger, were among the few renowned faces spotted at the event.

As the two-day event at a posh Austrian ski resort came to an end, 30-year-old Aleksander Kilde claimed his fifth downhill victory of the season. Though Kilde fractured his right hand while training on Thursday, it did not stop him from getting what he wanted. Despite the difficult weather condition, Kilde smoothly sped down the 2.05 miles course to claim the prize. 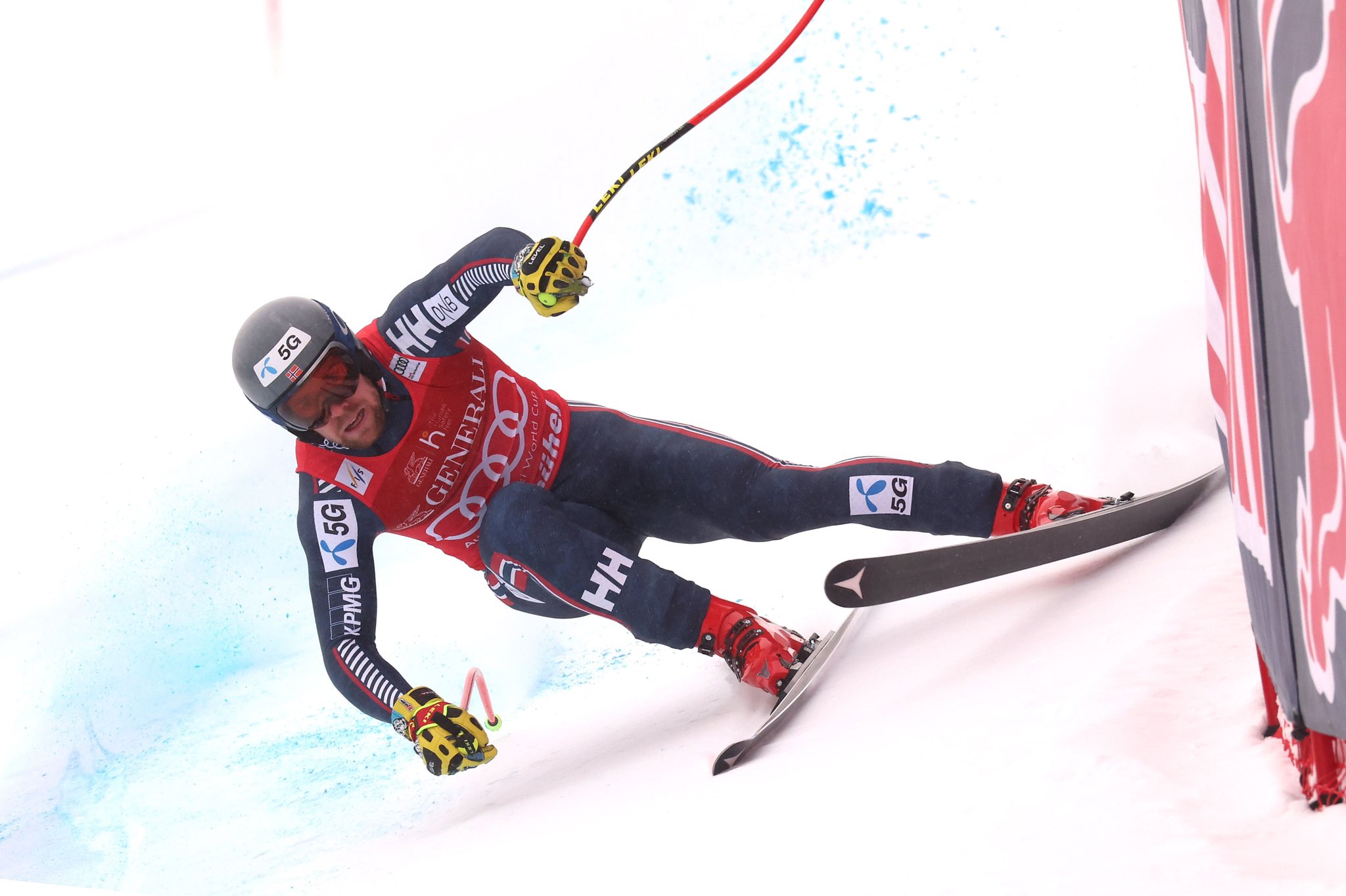 “I’m super, super proud of what I did. We had to dig deep today to get it going. I was really happy with my run today,” satisfied with his performance, the winner said, as reported by CBC Sports. Furthermore, talking about the weather and his injury, Kilde said, “That’s just Kitzbuhel. The weather is difficult, and the second training was not good, with the hand. But today, I had a good feeling. I had no pain in my hand and gave full gas. I did everything I could do, I’m satisfied.”

Additionally, Kilde wasn’t the only one proud of his performance. His fellow winner, Johan Clarey, who came in second, praised Kilde for his strength.