Rafael Nadal has been an inspiration for many young players. His academy has been the catalyst for a lot of upcoming players. While he has often encouraged younger players, Nadal has once again shown his excitement for a young player.

Alexandra Eala, a young prodigy from the Philippines, reached her first professional final at an ITF event in Spain. Eala is a graduate of the Rafa Nadal Academy and thus has caught Nadal’s eye. He immediately dropped a comment on Instagram, showing his excitement.

“Vamos!!! congrats! very happy for you!,” Rafa commented on an Instagram post from the Rafa Nadal Academy. 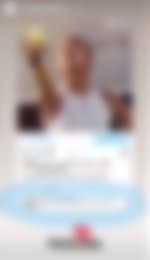 Who is Alexandra Eala, the new tennis product from Rafa Nadal Academy?

Evidently from the comment, Nadal is as ecstatic as Eala herself might be. She is still only 15 years old and is the reigning Junior Australian Open champion.

Coach Daniel Gomez from the Rafa Nadal Academy has pointed that Eala’s game is aggressive. And she can play a good drop shot so she is constantly improving.

“Although her play was already very good at previous tournaments, in Japan she produced a more solid and aggressive game, demonstrating huge improvements on her serve, her backhand slice and her drop shots,” said Daniel Gomez.

How important is the academy to Rafael Nadal?

“For three months Rafael was practicing every day with the kids from the academy. It’s very good for the kids to have good players training here.”

Nadal already has big plans for his Academy. He wants to make it global and is striving towards it. It is brilliant to see Rafa Nadal thinking so much about the young graduates from his academy.