What is the first thing that comes to your mind when someone mentions Venus Williams?

Probably, most of you might think about her sister, who has broken every record in tennis and transcended the boundaries of the sport. Serena Williams has become a megastar.

However, amidst all the fame that Serena achieved, Venus got lost somewhere in the background. Most people forgot that originally, it was Venus, who was destined to be the era-defining star. She was the African-American inspiration, who gave many girls the right to dream more.

In this article, we take a look at the achievements of Venus Williams and her relationship and rivalry with her sister Serena.

What are the major records and achievements of Venus Williams?

Venus first broke onto the scene when she became the first unseeded player in the open era to make it to the finals of the US Open. The year was 1997 and Venus was just 17. In fact, she knew she was breaking boundaries. This became evident when she told the reporters – “I’m tall. I’m black. Everything’s different about me. Just face the facts.”

That was just the start of an immensely successful career. Venus would go on to win 7 grand slam titles, the first one coming in the year 2000 with a Wimbledon victory. The American star would go on to win the Wimbledon 5 times and the US Open twice. Venus in only behind Martina Navratilova, Serena Williams and Steffi Graff in the all-time Wimbledon winner list of the open era. 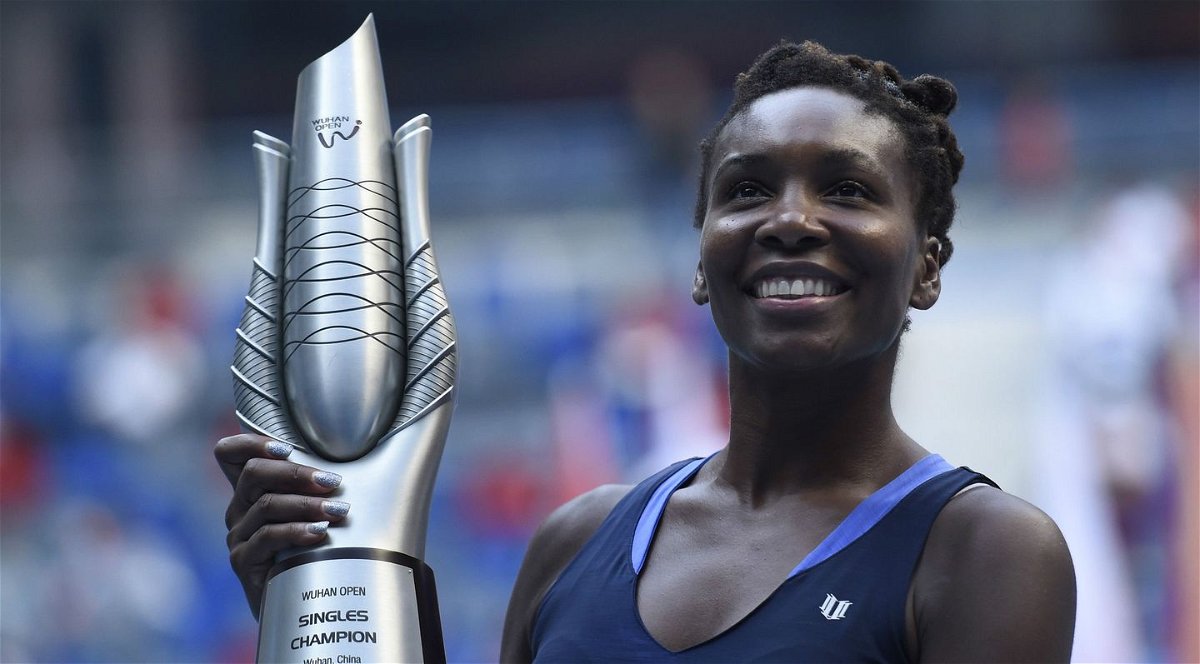 In addition to this, she has reached 16 grand slam finals, most recently at Wimbledon 2017. Her 7 grand slams place her at no 12 on the all-time grand slam winner list and 8th in the open era list.

Her status as a seasoned campaigner is proven by the fact that she has competed in 85 grand slams, making her the overall leader among both men and women.

Venus has also won 49 singles titles, with only her sister Serena ahead of her.

However, more than all of this, there were serious cultural connotations to the success of Venus Williams. She was the first African-American woman in the open era to reach the numero uno spot in the WTA rankings.

Relationship and Rivalry with Serena Williams

Serena and Venus are emblematic of an entire era in women’s tennis. Together, the two sisters brought interest to the women’s game.

It all began in the year 1998, their first professional encounter. They faced off in the second round of the Australian Open, with Venus coming on top.

The first few years of their rivalry were dominated by Venus. In fact, until the beginning of 2002, Venus lead their head to head record 5-1.

However, everything changed in 2002. Serena won the next six encounters between the two. This included five grand slam finals. Obviously, the sisters were ruling the roost in women’s tennis. In 2005, Venus equalled the record winning two matches and making it 7-7.

In the late 2000s, their rivalry reached its prime phase. This included the 2008 Wimbledon final won by Venus and described as a borderline classic by John McEnroe.

Know More – Why Did Venus Williams Break Up With Millionaire Boyfriend Nicholas Hammond?

However, with Venus getting old, Serena started dominating the game soon. Venus, who led at 10-9 in the head to head in 2009, was able to win only one out of their right encounters in the next six years. At present, Serena leads the head to head by 18-12.

However, the two play extremely well together. They have won a total of 22 doubles titles including 14 grand slams. They also hold three Olympic gold medals together.

Venus was recently a guest at a summit. She was asked to complete a sentence – “A woman whose career I admire is…”.

Venus and Serena have been extremely supportive for each other off the court. Both have repeated that they are partners for life. Despite a rivalry that can drift anyone apart, both maintain absolute respect for each other. On the court as well, where they have faced each other in competitive battles.

After the birth of Serena’s daughter, things haven’t changed. In fact, Venus has grown into her role as an aunt.

No matter what you say, the Williams sisters will remain the most powerful siblings in sport. They inspired an entire generation to dream.

Talking about Venus, it will be criminal to ignore her contribution to the sport of tennis. She remains one of the greatest tennis stars to ever grace the court. Let’s hope she finds as much glory in her retirement, as she found throughout her fantastic career.

“The Break Will Be Longer Than July” – Simona Halep