The stars of tennis are finding a way to stay relevant even in these times where their presence is minimal. Venus Williams has found a way to maintain her place on television as she is set to star in a show on CBS with Rob Gronkowski.

The show will be called Game On and will feature some amazing challenges which will be performed by both these renowned athletes. The presence of Venus is obviously a big draw but Gronkowski himself is a big name in the US. He represents Tampa Bay Buccaneers in the National Football League (NFL).

Many fans also know him through his appearances in the World Wrestling Entertainment (WWE) which saw him appear at Wrestlemania. This is enough to generate curiosity regarding the show. Let’s find out more details about this new project being floated on television. 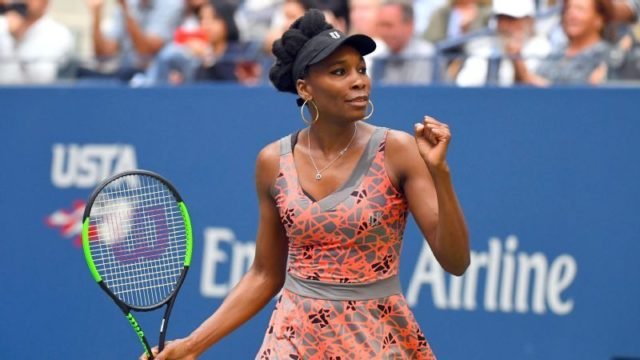 What will the show featuring Venus Williams and Rob Gronkowski be about once it begins to broadcast?

The show will be hosted by comedian Keegan-Keegan-Michael Key. It will premier on Wednesday on CBS.

Comedians Boby Lee and Ian Karmel will also be a part of the show. There will be some celebrity guests who will keep rotating on the show, for example, James Corden and Demi Lovato. The show has huge chances of success considering the big names involved and the money with a unique concept. People are looking for more and more content in these times. Do you think this show can be a successful initiative by Venus Williams?

Watch: When Shaquille O’Neal challenged Rob Gronkowski to a HORSE