The group stage games of the Vitality T20 Blast 2019 is currently going on and Hampshire is all set to take on Surrey in their next clash. Surrey currently stands second from the last while Hampshire fourth in the points table of South Group. Hampshire won 3 games out of 9 while Surrey won 2 from as many matches. Although one win wouldn’t change their position in the points table, they need to win every single game from now on if they are aiming to move up the table. Let’s have a look at the Hampshire vs Surrey Dream 11 Prediction.

Unfortunately for Hampshire, they are currently at the backfoot as they have lost their last three games, although captain James Vince has been scoring well and he is expected to do well against Surrey also. The bowlers did well in the last match against Middlesex where Mason Crane and Chris Wood have taken more wickets.

Surrey, on the other hand, have won their last match against Glamorgan. So, there are chances that they will try to keep their winning momentum on. Will Jacks and Aaron Finch will open the inning while Sam Curran, Ollie Pope and Ben Foakes will handle the middle-order batting. Jordan Clark will be there in the lower order. Jordan Clark and Sam Curran will lead the pace attack and expected to play the key roles in the game.

No injury concern from both sides as of now.

Although Surrey have not done anything exceptional in the tournament, they have won their the last match against Glamorgan and will keep their playing XI intact.

On the other hand, Hampshire has lost their last three games. Apart from James Vince, others are not in sync. Their batsmen failed to adapt quickly and batting failures cost them the games. However, a little change in the middle order could be seen.

Expected temperatures are around 18 degrees with an average humidity of 87% where a patchy rain is expected. Although the weather will be cloudy and due to humidity, the outfield might be wet, which creates trouble for the bowlers.

The pitch is suitable for the batsman. The highest score on the ground was 248 while average 1st & 2nd Innings Scores are 174 & 147. Although chasing is the better option on the ground in the Vitality T20 Blast 2019.

Hampshire vs Surrey have met one time before in the league where Surrey won by seven wickets. Hampshire put up 133 runs which Surrey chased down within 17.3 overs on the back of Aaron Finch’s 67 off 57 and Nic Maddinson’s 41 off 30. Keeping their recent form in mind, it is not hard to say that Surrey will have the upper hand in the game. 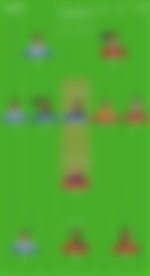