The North group runners up, Nottinghamshire will take on Middlesex at Trent Bridge, Nottingham, on September 5. The match is scheduled at 6 PM GMT.

The champion from 2017, Nottinghamshire has been performing well with its captain, Daniel Christian leading from the front. Christian has gathered 168 runs and 7 wickets in this series and is expected to play a crucial role in the quarter-finals too. Alex hales had a good tournament so far with the bat, scoring 283 runs. Meanwhile, Harry Gurney is top wicket-takers from Nottinghamshire with 18 wickets.

Middlesex will depend on his star batsmen, Eoin Morgan, Dawid Malan and AB de Villiers. ABD has been in sublime form throughout this tournament. He has 337 runs under his belt with an impressive strike rate of 185.16. meanwhile, the captain of the team, Dawid Malan has been the highest scorer from Middlesex with 483 runs. Morgan coming off impressive innings ( 83 runs from 29 balls) from the group stage is good news for Middlesex. If the top order of Middlesex fires then the match will slip away from Nottinghamshire’s hands pretty easily.

There are no injury updates from both the news.

It’s a great day to have the quarter-finals in Trent Bridge today as it’ll be sunny throughout the day with no forecast of rain. With that fans can expect an uninterrupted game tonight.

This will be the first time Nottinghamshire will play Middlesex in T20. 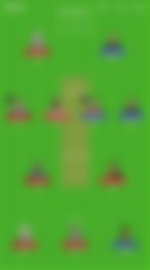