The group stage of the Vitality T20 Blast is currently ongoing and the upcoming match will be a Surrey vs Sussex clash. Sussex currently lead the South table while Surrey are aiming to move up the table. A win for the former, will hand them an unassailable lead, while for the latter, they will leapfrog Essex and Hampshire.

Unfortunately for Surrey, they are at a significant disadvantage as they have lost three of their last five games, drawing one. Sussex on the other hand, have been on a roll and won all of their last five matches. So, there are chances that this Vitality T20 Blast match could end up being very onesided

The Surrey vs Sussex Vitality T20 match will take place at the County Ground in Hove. On this particular pitch, scoring more than 180 runs will most likely guarantee a win for the team batting first.

Both teams have faced each other several times occasions in the Vitality T20 Blast series. In those matches, Surrey have a great track record against Sussex, having won five matches to Sussex’s 3.

Ollie Pope and Alex Carey both find themselves occupying the wicketkeeper role for the Vitality T20 Blast Surrey vs Sussex Dream 11 Predictions Team. Ollie Pope is regarded as a solid player for Surrey, while Carey is also an excellent player and has performed for Australia as well as for Sussex.

Four batsmen have been included in the Surrey vs Sussex Dream 11 Predictions team. They are Aaron Finch and Will Jacks for Sussex and Luke Wright and Phil Salt for Surrey. All four players have been instrumental for their sides, though the Sussex batsmen are far more effective.

Sam Curran and David Wiese will be slotted into the role of allrounder for Surrey and Sussex respectively. Both players have been known to deliver with both bat and ball. Wiese’s best figures include an unbeaten 44* and 1/24 against Hampshire. Meanwhile, Curran has a score of an unbeaten 51* and 2/23 against Gloucester.

Three bowlers have been named in the Surrey vs Sussex Dream 11 predictions team. They are Gareth Batty, Imran Tahir and Tom Curran for Surrey. All of them are among the best bowlers for their team and they are prime wicket-takers. Tahir himself has proven his mettle on an international stage and his experience is valuable

Phil Salt will serve as the captain, while the vice captain of this Dream 11 team will be Aaron Finch 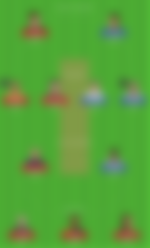