In the Vitality T20 Blast 2019, Warwickshire placed third from the bottom with 9 points whereas Worcestershire is at second with 5 wins. Both teams will try to win the game so that they would have a chance to go further in the tournament. Let’s have a look at the Warwickshire vs Worcestershire Dream 11 Predictions and Fantasy Cricket Tips.

The match between Warwickshire vs Worcestershire in the North group of the Vitality T20 Blast 2019 will take place at the Edgbaston, Birmingham at 7:00 PM Local, 6:00 PM GMT and 11:30 IST on Friday, August 23.

Warwickshire registered a win against Lancashire while the last game was washed out against the same opponent. Opener Dominic Sibley and Adam Hose both are in form. Will Rhodes and Chris Green are among wickets also. One win will help Warwickshire to move up in the points table. Hence, they will try not to change their winning combination.

Worcestershire, on the other hand, have also won their last game against Durham by 3 runs. Although one win wouldn’t change their position in the points table, that would help them to move further in the league. Thomas Charles Fell, Ross Whiteley, Patrick Brown etc. are all in good form. Even Martin Guptill is expected to do good after his ICC World Cup performance. Thus, they will keep their winning combination intact.

No injury concern for both the sides. Both the teams won their last game and they are expected to keep the same playing XI.

No threat of rain in Birmingham. A clear sky with moderate temperature is expected for the game.

The average first innings score over 170+ but chasing wouldn’t be easy on the pitch.

The last time the two teams met this year, the match was abandoned. 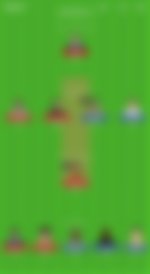