Watch: This Fan Made PS5 Concept Shows Scope and Potential of Customization

Limited edition items always attract fans who are willing to play the extra bucks for novelty. The gaming world is full of limited edition items including games, consoles, peripherals, and so on. Therefore, as soon as companies announced the next-gen PS5 and Xbox Series X and Seres S, various concepts for limited edition designs have started popping up.

The internet has already delivered a gold and platinum plated PS5. While that is out of the reach of the vast majority of the gaming community, there are a few concepts that might excite fans. Not just this, there are also hopes for unofficial customizations for the PS5 that make things even better.

An Italian digital artist Giuseppe Spinelli, in collaboration with a Dutch platform ‘LetsGoDigital’, has made several digital renders of a Miles Morales edition PS5. Also known as ‘Snoreyn’, the artist has made renders for both the optical and digital edition.

The black console has the same design as the regular PlayStation 5. Snoreyn has decorated it beautifully on both sides with a 3D-designed Spider- the Miles Morales logo. He has also displayed the logo in a deep red colour scheme. The spider web extends over the entire console, and offers the perfect contrast with the matt black housing of the console thanks, to the glossy material.

It is made in a manner to allow the spider web to reflect red light. The reflection provides an extra playful effect, which is also reminiscent of Miles Morales outfit. The black/red colour scheme gives the console an almost heroic appearance, especially combined with the red LED lighting around the ventilation openings.

Giuseppe has also made renders for the DualSense controller to match the main unit. The controller is richly decorated with a shiny spider web. Additionally, he has also added various matching elements to the joystick and the buttons to give them a similar finish. 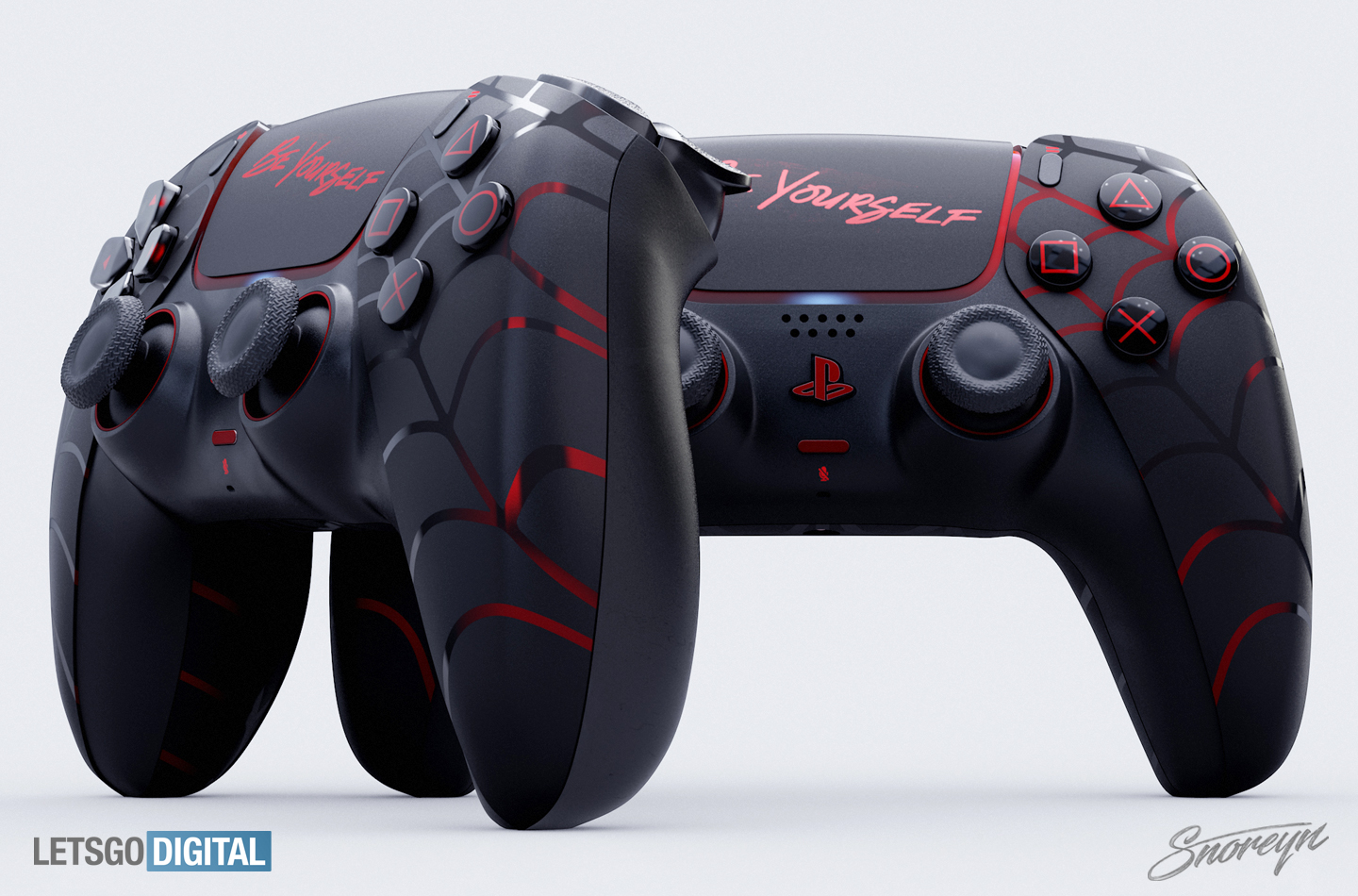 (Note– All the images used in the article are a property of LetsGoDigital and Snoreyn. Sony and PlayStation haven’t officially endorsed the idea.)

Fans can have their own custom version of the console

A while ago, some leaks suggested that the exterior panels of the PlayStation 5 will be swappable. This would allow fans to switch these panels with the ones of their choice. If Sony decides to go down that road, they can also release official panels separately that fans can purchase to customize their console.

Fans can also remove these panels and customise them on their own by applying skins or painting the panels. The possibilities are endless and are only limited by one’s imagination.

While there has been no official statement by Sony on these matters, the success of the 2018 limited edition PS4 Pro can influence them to go in this direction. Moreover, the ability to customize the console might also give the PS5 an edge over the next-gen Xbox consoles.