Swiss maestro Roger Federer has been playing tennis for a long time now. But he actually did not know he will be playing for such a long time. Check out what he said about his retirement back in 2005 on the Late Show with David Letterman.

Right after his win at the 2005 US Open, 24-year old Roger Federer went on the Late Show With David Letterman. They talked about many things in the show and one of those things was about whether Roger would see himself playing after 10 years. To this question, Federer replied by saying,

Not just 10 years later but 15 years later, we are still seeing the Swiss Maestro playing tennis. And he is still at the top of his game despite being 38 years old. This is something no one expected and it is something that Roger himself would not have expected. 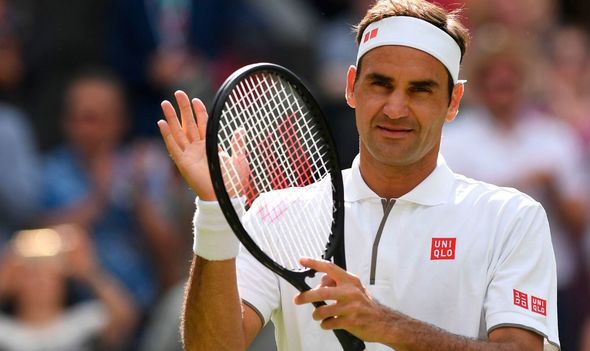 While every tennis fan is thrilled to see the Swiss maestro still playing, many might wonder – why is he? This is because he is battling his rivals Rafael Nadal and Novak Djokovic in the race to become the GOAT of tennis. And that is a race he definitely wants to win.

To win this race, Roger must end up holding the record for the most Grand Slam titles. He is currently holding the record with 20 but he may not hold it any longer. This is because Rafa and Novak have played some amazing tennis in the last few years and have gotten extremely close to beating this record.

The Swiss Maestro wants to extend his lead in the Grand Slam race which is why he is still playing. He is waiting for the next opportunity to do this and will get it once the ATP Tour returns from its suspension in August.