Should Tyron Woodley Retire After a Brutal Beatdown by Gilbert Burns?

It would be an understatement to say that 2014 was anything less than spectacular for Eugenie Bouchard. The raging Canadian was making her presence felt on the world stage.

Her impressive game coupled with her good looks was winning fans the world over. In fact, there was an entire group of fans rooting for her called the “Genie Army”. It all started at the Australian Open where she made history.

She became the first Canadian to reach the semi-finals of the year opening Grand Slam. Obviously, she was winning over a lot of male admirers as well. After her victory in the quarter-finals, she would be asked about a possible dating opportunity. The interviewer asked her about a celebrity she would date if she had the chance. Her answer was interesting, to say the least.

Whom did Eugenie Bouchard choose?

Eugenie Bouchard went for popular Canadian singer Justin Bieber. Like everything else in Bieber’s career, this was met with a highly mixed response.

Some members of the Genie army were certainly not impressed with her choice. They would have rather had her going for anyone else except Bieber. Talking about the match, Bouchard would prevail over Ana Ivanovic to make her way to the semifinals. 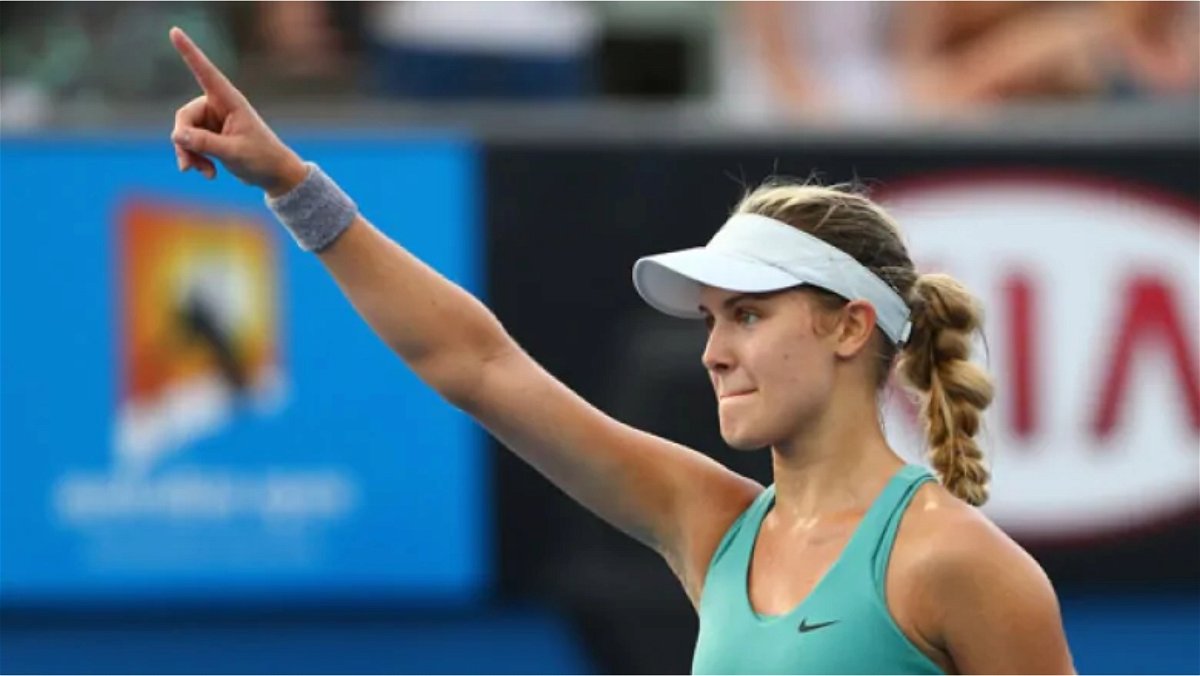 However, she would be stopped in the semifinals by Li Na. Despite that, she had succeeded in leaving her mark upon the tennis world. Unfortunately, the coming years would not be as kind to the Canadian star.

Slowly, the Genie army would stop losing confidence in her as her performances declined. However, it will only take another good Grand Slam performance for them to reappear. That’s the reason why Eugenie Bouchard is using the lockdown period to build her game and get good again. That will help her in regaining her lost confidence. There’s no doubt that she definitely has the potential.

“It Was the Right Decision” – Eugene Bouchard on Wimbledon Championships Cancellation