The spooky season of Halloween is the perfect time to play video games with friends and family. However, the Roblox community had to sit idle after the platform endured a three day outage, which began on October 28. The developers finally restored normalcy yesterday. However, the sense of normality came with a barrage of complaints from fans following such a massive outage.

After the servers went live, the developers explained what caused such a massive problem. The Founder and CEO of Roblox Corporation issued an apology to the millions of fans, who have had to endure this outage while also talking about everything that was happening behind the scenes during those three days.

Roblox is back online everywhere! Thank you for your continued patience as we get back to normal.

Roblox CEO explains the cause behind the three-day outage

Yesterday, David Baszucki, the Founder and CEO of Roblox Corporation talked about the outage and the reason behind it in a blog post. In the post, the team of developers apologized for the massive downtime which prevented players from accessing the popular platform. He further detailed that the issue was caused by “a combination of several factors”.

“A core system in our infrastructure became overwhelmed, prompted by a subtle bug in our backend service communications while under heavy load.”

With Halloween being such a popular holiday, the platform should have seen an uptick in players, and caused some problems. However, Baszucki stated that the issue didn’t arrive because of an overload in traffic. He explained that it was rather caused by the increase in servers on the company’s datacenters. This prevented the effective communication and deployment of Roblox’s many services.

“This was not due to any peak in external traffic or any particular experience. Rather the failure was caused by the growth in the number of servers in our datacenters. The result was that most services at Roblox were unable to effectively communicate and deploy.” 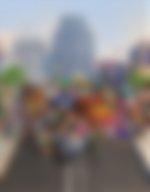 More details about the outage to arrive soon

Baszucki also talked about the developers having a tough time diagnosing the issue. He noted that this was the main issue which caused the recovery of Roblox services to take more than a few hours. In the end, they fixed these problems with some tweaks and re-configurations. He further mentioned that the company will do a proper analysis, which will help them avoid this situation in the future. Along with that, the developers will also release the details of their findings to the public as part of the Roblox’s “Respect the Community” values.

“We will publish a post-mortem with more details once we’ve completed our analysis, along with the actions we’ll be taking to avoid such issues in the future.”

In the end, it seems like Roblox should run normally for players to enjoy many of its games. However, this problem has caused a lot of headaches for both the community and the developers. While the platform might not face an issue of such a magnitude in the future, players hope that they don’t have to wait days to play some games because of an outage like this.