What is the Significance of the Various Lewis Hamilton Tattoos?

Back in 2018, soon-to-be six-time Formula 1 world champion Lewis Hamilton spoke to GQ. The British driver spoke to the magazine about the meaning behind the numerous Lewis Hamilton tattoos adorning his back.

It’s fairly well known that one of the most prominent Lewis Hamilton tattoos is a cross on his back with angel wings. In addition to that, the words ‘Still I Rise’ runs across his shoulder blades.

Apparently, the inspiration for the giant tattoo was attributed to the late rapper Tupac. Meanwhile the words, “Still I Rise” is associated with the African-American poet Maya Angelou. Given the size and complexity, it wasn’t a quick job either.

“I mean, the idea originally came from Tupac who was my favourite rapper,” he said. “It took like, I think 10 hours or something like that, just in one go, straightaway.”

The cross formed the base a series of more tattoos surrounding it and they all blend seamlessly into each other.

“Once you kinda get your first one, you kind of move on to, what next can I get?”

Hamilton has admitted that he is always looking for for something new. However, it has to have a connection to him and should be something that has meaning. 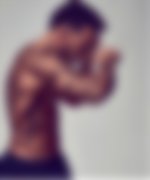 In addition to his back, there are a number of Lewis Hamilton tattoos on his shoulder and chest. To be precise, he has a lion’s head roaring, which he dubbed as his favourite of all the tattoos on his body.

“I feel like I’m a lion at heart… king of the jungle,” he explained. “They’re just ferocious, aggressive, there’s a passion.”

The words ‘family’ and ‘faith’ also appear on his shoulders, signifying the close bond to his family. He even has a neck tattoo saying, “God is Love”.

Hamilton also has a compass marking on his chest and says that it’s his unlikely religious connection that symbolises this tattoo.

“I’ll leave church on a Sunday thinking… I’ve really gained my direction where to go. Church is really my compass.”

As recently as February, there were four new Lewis Hamilton tattoos, specifically on his hand. This first tattoo is a swordsman design which is supposed to represent strength, bravery, courage, power and protection. To the Swordsman’s right is a tattoo of an hourglass, to signify the flow of time. On the other side of the Swordsman is his sun sign Capricorn.

Finally, to display his love for God, he has the words “Divine Love” on his hand as well. 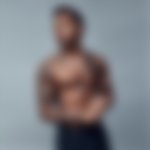