Gamers around the world have been eagerly waiting for Free Guy, an upcoming American sci-fi action comedy film. This is primarily because the movie’s cast comprises a plethora of renowned streamers across YouTube and Twitch. Just to name a few, these include Ninja, Pokimane, and Jacksepticeye.

Free Guy was originally supposed to release in July 2020, but has been pushed back three times ever since owing to the COVID-19 pandemic. However, now that the conditions have improved significantly, 20th Century Studios is all set to finally release its highly ambitious project.

If everything goes as planned, Free Guy will release on August 13, 2021 in the US. Interestingly, it will have a 45-day exclusive theatrical release.

Surprisingly, some fans are still sceptical of the August 2021 release date. They’ve been waiting for the game since July 2020, but the publishers had moved it to December 11. Soon after, 20th Century Studios removed Free Guy from its release schedule in November 2020.

In December 2020, it was announced that Free Guy will release in May 2021. To everyone’s disappointment, Ryan Reynolds confirmed in March 2021 that the release date has been shifted to August 2021, yet again.

Ryan Reynolds plays the role of ‘Guy’ in Free Guy. He’s a non-playable character in a game called Free City and soon realizes that his world is a video game owing to a program inserted by the developers. This leads to Guy trying his best to become a hero and stop the developers from shutting the game down.

Alongside Ryan Reynolds, Jodie Comer, Lil Rel Howery, Utkarsh Ambudkar and Joe Keery will play the most prominent roles in Free Guy. However, the list of cameos that includes several gamers and actors in the movie is even more exciting.

These are the popular gamers that will have special appearances in Free Guy:

Moreover, the following actors also have their cameos in the film: 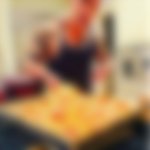 All in all, it wouldn’t be a surprise if Free Guy ends up becoming a massive hit worldwide. Its star-studded gamer/streamer cast certainly has the ability to attract millions of viewers who’ve watched their streams for countless hours over the years.

WATCH THIS STORY: Most Controversial Twitch or YouTube streamers