Nineteen-time Grand Slam champion Rafael Nadal had been dating Xisca Perello since they were teens, getting married on October 19, 2019. According to reports, Rafael Nadal proposed Xisca during a trip to Rome in May in the past year.

Maria Francisca Perello, 31, was born and raised in Mallorca, Spain. She is popularly known by her nickname, Xisca. According to Express, Xisca met Rafael Nadal while the two were in high school and a friend introduced them.

However, it was only in 2005 when the pair officially started dating. 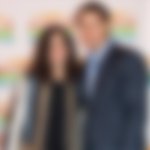 Xisca Perello is also a graduate in Business Administration and English from the United Kingdom. She is currently working as an insurance worker and also serves as a project director for the Rafa Nadal Foundation, which was launched a decade ago.

Xisca likes to keep her life private as she doesn’t have any public social media channels. Earlier, Xisca had revealed in an interview that she avoids getting celebrity status.

Why is Xisca Perello absent from Nadal’s matches?

Xisca Perello is also often absent from Rafael Nadal’s tennis matches as she wants to preserve their equation The Spaniard feels that her presence in Nadal’s matches would probably disrupt his focus.

She said in an interview, “He (Rafael Nadal) needs his space when he is competing, and just the idea of me hanging around and waiting on his needs all day tires me out.”

She further added, “It would asphyxiate me. And then he would have to be worrying about me… No. If I followed him everywhere, I think there’s a risk we might stop getting along.”

The couple got engaged secretively in 2018 and the news remained private until 2019. The Spanish pair also wanted to keep their marriage a secret affair, but the news went public earlier in 2019.

Rafael Nadal and Xisca Perello tied the knot on October 19 at La Fortaleza – a Spanish fortress in Mallorca. This fort is one of the most expensive properties in Spain. Some of the big names from the tennis fraternity were part of the 350-strong guest list.