Why French Open Does Not Have Hawk-Eye?

Since the advent of the Hawk-Eye technology, almost all the tournaments on the tennis calendar have introduced the electronic line-calling system. However, the French Open, despite being a prestigious Grand Slam, still hasn’t implemented ball-tracking technology.

At the French Open, it is a frequent sight to watch the chair umpire descend from his seat and inspect the ball mark close to the line. Sometimes, players are unsatisfied with the decision rendered by the umpire and feel helpless in the absence of an electronic line-calling system.

Why is the French Open unwilling to introduce Hawk-Eye?

The reason behind not introducing the Hawk-Eye technology on the magnificent clay courts at French Open is because of the surface itself.

When the ball bounces on the surface, it leaves behind a mark thereby eliminating the need for an electronic line-calling system. Hence, for the officials, the need to install the ball-tracking technology doesn’t arise. Since the French Open’s inception, this tradition has continued and still adhered to despite the technological advancements.

However, among a barrage of ball marks, often the chair umpire and the player contest over the ‘correct ball mark’, which at times results in human error and leads to resentment on the player’s side. 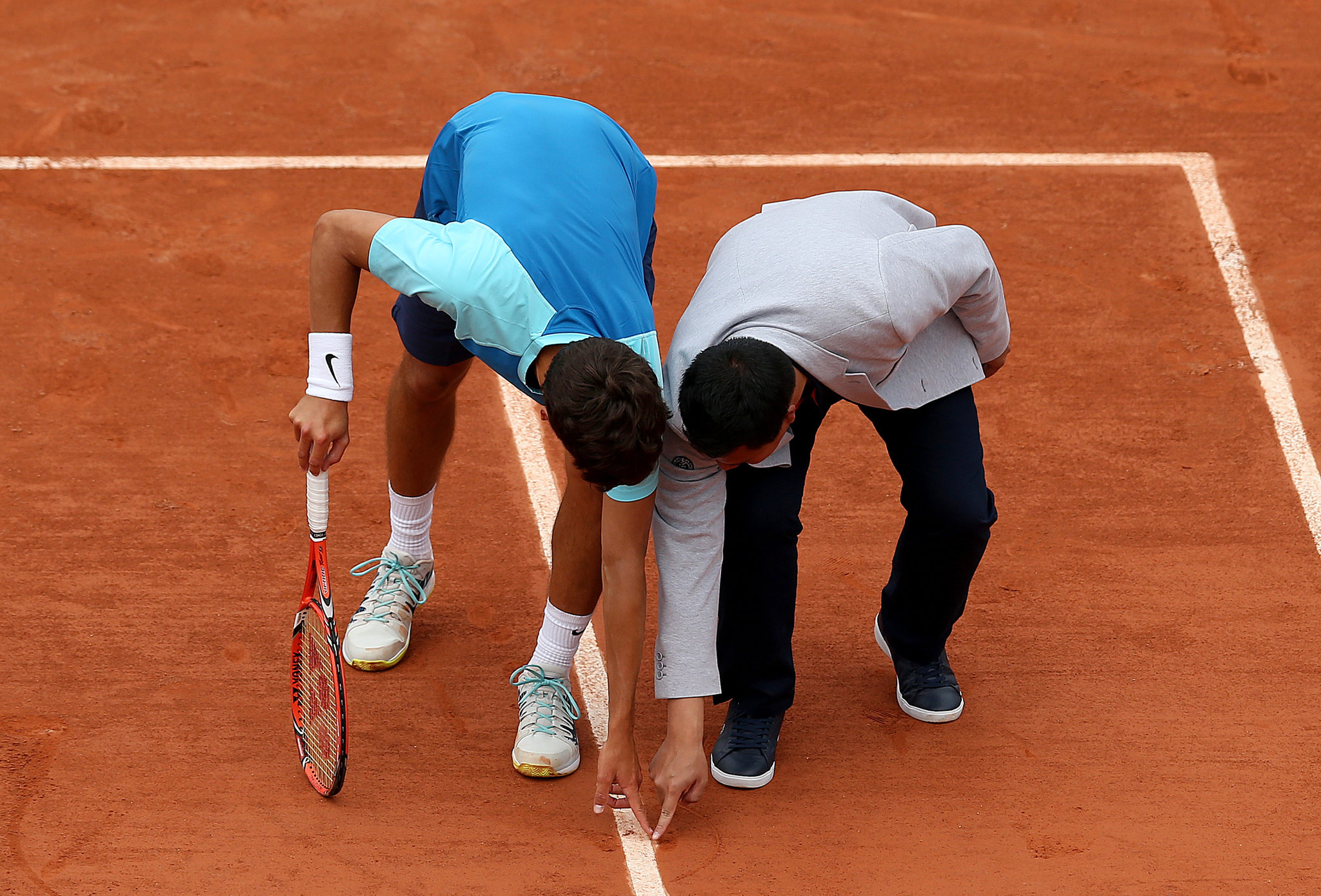 In order to avoid overlapping of marks, the French Open’s staff clears the court several times to ensure ball marks are clearly spotted. Notwithstanding, the Hawk-Eye technology is still more accurate than a human eye despite having an error margin of 3.6 millimeters.

Hence, to eliminate human error, which can affect the result of the match, there has been an increasing clamor from players to implement the Hawk-Eye technology at the French Open.

Over the years, Novak Djokovic, Dominic Thiem, and Denis Shapovalov have raised their voice to introduce the electronic line-calling system instead of relying on umpires to examine the ball mark.

But despite the growing requests, the French Open has so far refrained from introducing the Hawk-Eye technology and has firmly stuck to its tradition.