Two times Formula One world champion Fernando Alonso will make his third attempt at the Indianapolis 500. After much speculation about his future with McLaren, he is set to join the Arrow McLaren SP Chevrolet team for this year’s Indy 500.

The McLaren team will run three cars, with Alonso joining the team’s young IndyCar duo, Patricio O’Ward, and Oliver Askew. Arrow McLaren SP boasts one of the strongest line-ups with Chevy power and the team’s experience.

Alonso was earlier blocked from joining the Andretti Autosport team by engine manufacturer Honda. This was the result of Alonso’s bad relationship with Honda during his second stint at the Mclaren F1 team. The driver was very vocal about Honda’s shortcomings and it led to Mclaren parting ways with the engine manufacturer. 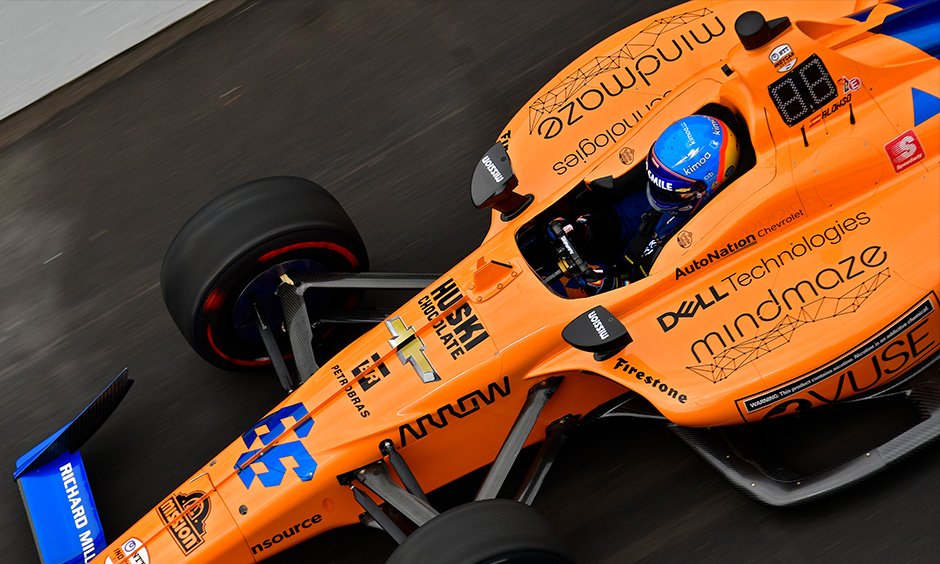 Alonso told the media, “I am a racer and the Indy 500 is the greatest race in the world. I love the fans who make it so special for all of us and make me want to come back.”

“I have maximum respect for this race and everyone who competes in it. And all I want to do is a race against them and give my best, as always.”

Even McLaren CEO Zak Brown stated that the outfit was open to recruiting Fernando Alonso for the 500. He showered plenty of praise on the double world champion and called him one of the greatest racers.

Alonso took part in the Indy 500 for the first time in 2017 while he was driving for Mclaren in F1. He expressed his interest in attempting to win the Triple Crown to his team.

With Mclaren’s backing, he got a last-minute entry in the race with Andretti Autosport. He led four times for a total of 27 laps before his engine failed while running in 7th place with 21 laps to go and finished 24th.

After retiring from F1, Alonso focused on endurance racing projects and won the La Mans twice in 2018 and 2019 with Toyota. However, he came back to Indy 500 with Mclaren again in 2019 but failed to qualify for the race standing 34th in qualifying.

He had an incident during the practice which badly damaged his car forcing him to start the qualifying in a spare car and compromising his qualifying performance.

Fernando Alonso has already won two out of three of the most prestigious motor races in the world for the Triple Crown of Motorsport title, namely Monaco Grand Prix, and the 24 Hours of Le Mans. The Indianapolis 500 is the only thing that eludes him to this day.

F1 legend Graham Hill is the only driver to have completed the Triple Crown. And Fernando Alonso along with Juan Pablo Montoya are the only active drivers to have won two of the three events.

Alonso and Arrow Mclaren SP together look like they can give a strong competition for this year’s title provided that reliability doesn’t come in the way.

On this day: McLaren F1 Duo Take a Remarkable 1-2 Finish After Starting 22-23 on the Grid