The draw for the 2015 tournament was released on Friday, and Serena Williams’ skills could be put to test at Wimbledon 2015. As with every tournament that she enters, Serena Williams starts as the favourite and the world number one is to lift yet another Grand Slam title. The reigning Australian Open and French Open champion has been drawn in the same half as former champion Maria Sharapova. But she definitely won’t be too worried by the situation given her dominance over her rival and the other top seeds over the years. Perhaps the most likely threat to her bid to make it 21 Grand Slam triumphs is her own condition for it is no secret that she has struggled recently with her health and fitness.

Williams is 150-11 since 2013, she’s won seven of the last twelve majors and is now looking for her fourth Grand Slam in a row dating back to the US Open last year. Though she claims that this tournament is perfect for her game, there is no escaping the fact that she hasn’t had the best of times in recent years at the Wimbledon:
She fell to Alize Cornet in the third round last year and Sabine Lisicki in the fourth round in 2013. With Ana Ivanovic, Maria Sharapova and Victoria Azarenka to clash en-route to the Final, she would definitely want some of her biggest rivals to lose early in the tournament or else Serena would be forced to earn this Grand Slam title by defeating players with a wealth of experience.

Maria Sharapova will always be a threat if she can keep her game together and can easily sail into the quarters, while another former champion in Petra Kvitova will be looking to defend her crown and make it three Wimbledon triumphs. The Defending Champion Czech has been given a favourable draw which should see her get through the early rounds with little fuss, and in contrast third seed Simona Halep has a tough route to add some fuel to her inconsistent performances in recent times.
But sixth seed Lucie Safarova shouldn’t be exempted from been given a dark-horse tag as she is starting to show that she can produce on the biggest of stages that reflects in her recent performances at the Roland Garros. With an error-free game that was shown at Roland Garros 2015, Safarova can actually challenge the experienced players in the Women’s circuit. 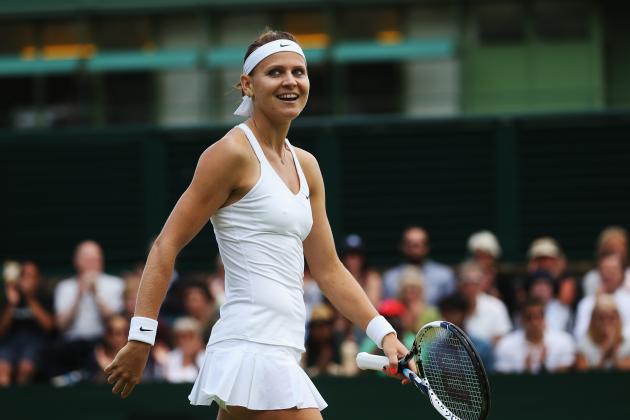