On Tuesday, 17-year-old Clara Tauson made sure that Caroline Wozniacki wasn’t the only Danish female player since 1989 to reach the second round of a Grand Slam. The qualifier defeated an in-form opponent, US Open 2020 semi-finalist Jennifer Brady at the French Open 2020.

In doing so, Tauson set herself up to be compared with Wozniacki, who is Denmark’s only Grand Slam winner, and who Tauson has also referred to as her ‘biggest role model’ growing up. Tauson won 9-7 in the third set, in a highly thrilling match where she saved two match points.

“Caroline was my biggest role model for me growing up. Denmark is a very small tennis country and she made it out. That made me think I could make it out growing up as well,” Tauson said after her win.

The former junior World No.1 saving two match points on the way to victory!—> https://t.co/JU2P6I5u7Q pic.twitter.com/uIxvBQA154

Tauson’s thoughts on her comparison with Caroline Wozniacki

While Tauson reserves high praise and admiration for the former Australian Open champion, Wozniacki, she is not a fan of comparisons. “Of course, there’s been a lot of attention on me but I try to focus on myself. I’m just happy tennis is going OK in Denmark. We get compared a lot but I’m my own person and she (Wozniacki) is her own person,” Tauson expressed.

Tauson took the first set against the 21st seed Brady, who came back to take things into a decider. Brady drew first blood in the deciding set, after which Tauson saved two match points, came back and broke again to have a chance to serve for the match.

Brady struck right back to level things at 7-7, but the youngster showed her mental strength when it mattered. Tauson earned the decisive break and saved a break-point in the next game before serving out the match. 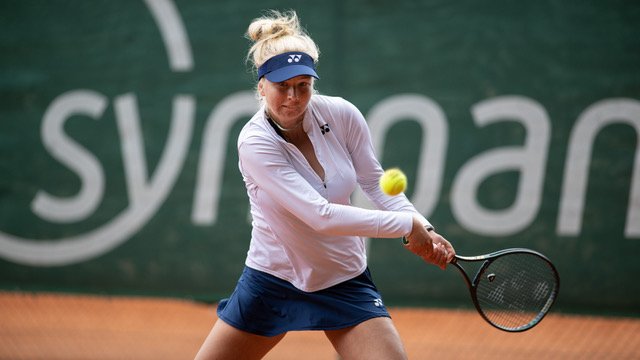 The first-round match against Brady was Tauson’s fourth match at Roland Garros this year. She came through the qualifying draw last week. There, she had another tough start, prevailing through a tough three-setter. She won the next two matches in straight sets to reach her first-ever Grand Slam main draw.

Tauson has trained in Belgium, at the academy founded by the four-time French Open winner and former world number one Justine Henin. She will hope to use her newfound momentum and play as well as she can when she faces Danielle Collins in the next round.