Earlier this month, Serena Williams announced she would retire from professional tennis after this year’s US Open. Since the announcement, many former players and current players have reacted to it. Recently, Serena discussed this decision with her good friend and the Duchess of Sussex Meghan Markle.

In a recent podcast interview, Serena talked about consulting with Prince Harry and Meghan Markle before writing that retirement essay in Vogue Magazine.

It is worth noting that Markle recently launched her Spotify podcast ‘Archetypes’ and Serena Williams was her very first guest. In podcast,  Serena revealed, “I was just sitting in the hotel at the desk, just typing and deleting and typing and thinking and then crying and sitting at my computer and tears streaming down my face as I’m writing these words and going back on these memories.“ 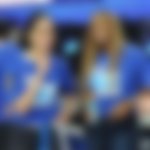 “It was just like, God, it was, it was really hard. But I was like, if I’m going to do this, it has to be Vogue September issue, right? It doesn’t get, it doesn’t get better than that… So, yeah, Anna [Wintour] was really grateful and super supportive and kept it secret, too, because it was like we did that photoshoot a while ago,” she further added.

Notably, Serena and Markle met in 2014, and since then they have become really good friends. Moreover, Serena’s husband Alexis Ohanian was also good friends with Prince Harry. They also appeared at the Royal Wedding of Markle and Harry back in 2018. Previously, we have seen Serena defending her good friend Markle during her controversial time. Also, we have witnessed Markle appearing in Serena’s matches.

In terms of her recent form, it looks very unlikely for Serena to win her 24th Grand Slam title at this year’s US Open. Recently, she played at the Canadian Open and the Cincinnati Masters, where she suffered some heavy defeats.

Watch This Story: How Drake, Kanye West and other Hollywood stars imbibed Serena Williams into their songs

Firstly, she lost to Belinda Bencic in the round of 32 of the Rogers Cup, and then, the British tennis star Emma Raducanu destroyed her at the Cincinnati Masters‘ opening match. Earlier, she suffered a shocking loss at the hands of Harmony Tan in the first round of the Wimbledon Championships.

Despite all the bad results, fans are still hoping to see Serena make a long run in the US Open 2022. Undoubtedly, she will get massive crowd support, as the record ticket sales certainly prove that. As Serena has been trying to win her 24th Grand Slam title for a very long time, winning it in front of her home crowd will be a perfect end to her remarkable career.

Debkinkar Maity is a Tennis Author at EssentiallySports. His desire to become a sports journalist inspired him to take up a degree in journalism and mass communication, and he hasn't looked back ever since. Following the sport for over a decade now, Debkinkar has an ardent love for Roger Federer.
ARTICLES BY AUTHOR