‘Definitely Not This One’: Eugenie Bouchard Flames Rivarly with Maria Sharapova Again

Maria Sharapova and Genie Bouchard have no love lost between them. Sharapova tested positive for a banned substance in 2016. Subsequently, the decisions taken polarized the WTA.

The tennis authorities banned the 5-time Grand Slam champion Sharapova for 15 months. Thus, many in the WTA believed it to be a justified punishment. On the other hand, there were those who didn’t and believed that the Russian star should be banned for life.

One of them was Canadian tennis star Genie Bouchard, who, on more than one occasion, opined that Sharapova had been a ‘cheater‘.

Very recently, she posted an ‘Ask-Me-Anything’ post on her Instagram stories, encouraging fans to ask her questions. Obviously, the questions poured in and so did the answers.

However, one fan asked Bouchard who the hardest opponent she’d ever faced was. Quite cheekily, the Canadian then posted a picture of herself with Maria Sharapova at the last match they played. It was at the Madrid Open in 2017.

Bouchard had prevailed in the match 7-5, 2-6, 6-4 to win against Maria Sharapova. She captioned it “definitely not this one”. Bouchard quite clearly called out Maria Sharapova for not having been the toughest opponent she ever faced. In doing so, she also dodges the fan’s actual question, so that’s some cleverness on her part! 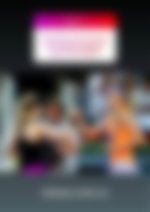 Through another ‘Ask-Me-Anything’ tag on her Instagram stories, Genie Bouchard also gave an injury update to her fans. When a fan asked about the progress of her recovery, she gave everyone a happy surprise.

.@geniebouchard teasing us, what else is new.. 😂
Is she getting back on court DKCUWG pic.twitter.com/o9c9pwzBdC

Samarveer Singh is a tennis writer at EssentiallySports. Holding a degree in English Literature and a diploma in Fitness Sciences and Training, Samarveer is obsessed with tennis and basketball. A collegiate athlete himself, he admires all sportspersons who put in the work in order to achieve excellence.
ARTICLES BY AUTHOR