“This is Wild”: Eugenie Bouchard Reacts to Cristiano Ronaldo’s Return to Manchester United

The world stopped for a couple of minutes last night after Cristiano Ronaldo decided to join Manchester United this season. Eugenie Bouchard has reacted to the news as a normal fan would have done. She termed the news as ‘WILD’ on her Instagram story when a fan asked her opinion on the matter.

Ronaldo’s transfer news created a stir merely a week after Lionel Messi moved to PSG after leaving Barcelona. However, there was a lot of buzz around Ronaldo and his future club. The Portuguese national has decided to come back to his club in England that he left in 2009.

Cristiano Ronaldo played for Juventus Football Club in Italy before his transfer was confirmed. He spent three years in Turin, Italy, and achieved great success with the club. However, the Portuguese star was open to leaving the club and joining some other European club. He joined Manchester United after having links with their city rivals, Manchester City for about a week.

However, the soccer star’s homecoming was always a dream for the fans, as he left them in 2009 and joined Real Madrid. Since his move to Real Madrid, fans have been pining for his return.

Eugenie Bouchard has given a reaction which any other fan would have given as well. She decided to have some fun on her Instagram handle with her fans and decided to allow them to ask her questions. With the help of the question sticker that Instagram stories features, Eugenie’s fans asked her all sorts of questions.

“This is WILD,” was Eugenie’s response when a fan asked her about Ronaldo’s move to Manchester United. 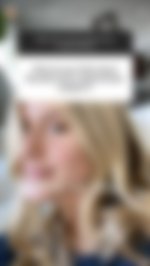 Eugenie Bouchard is going through a shoulder injury since March. She injured her right shoulder blade while playing at the Guadalajara Open in Mexico. She has remained out of action since then and joined the Tennis Channel as a pundit on their show.

In the first half of 2021, she did not qualify for the main draw of the Australian Open. She reached the finals of the Guadalajara Open and suffered the injury then. However, she ended up losing the match. After that, she played the Monterrey Open as well, however did not enjoy any form of success there.

Eugenie will be back next year and will be hoping to make a mark with her performances.

Suchit Halder is a Tennis writer at EssentiallySports. He is currently pursuing a Bachelor's degree in Management Studies from St Xavier's College, Mumbai. With a keen interest in writing and sports, Suchit has previously worked as a content writer at Football Counter and worked with the content team for Delhi Capitals during IPL 2021.
ARTICLES BY AUTHOR