‘Get Yourself a Family That Likes to Cook’: Alexis Ohanian Applauds Serena Williams

Serena Williams will not be playing the Australian Open, or be in Australia during the summer of tennis. However, she has certainly been enjoying her time away from the sport.

The 23-time Grand Slam champion has been enjoying her time off with her family. In fact, a quick look at her social media platforms would suggest that most of her time is devoted to her daughter and her husband.

Alexis Ohanian, husband to Serena Williams, shared stories on his Instagram about the family’s day together. Of course, every good day begins with pancakes, and so did theirs.

After making an assortment of child-friendly, animal-shaped pancakes, Serena Williams and Alexis moved on to the bigger stuff. Cinnamon rolls were on the menu. In fact, little Olympia helped make the dough herself, as Alexis shows her off, handling a big ball of dough in her tiny hands.

“On the other side, there is Mama Williams,” Alexis says as he shows Serena Williams spreading chocolate on the dough. When he asks her what she plans on baking more, she replies, “I’m making a pie.”

Thank you @singmovie for this at-home experience for our family! 🤩 pic.twitter.com/SGOazdTdXh

Then, Alexis feigns confusion about the pie, and asks her what the crust would be, to which Serena replies, “With a cinnamon roll crust.”

Funnily enough, he even zooms in on their family dog, Dora, and asks her a question. “Dora, what are you thinking,” Alexis says as Dora looks up at him, utterly oblivious.

Alexis Ohanian loves his family- and his dinner

“Get yourself a family that likes to coooook,” Alexis wrote on his story as he showed off his dinner plate. With a side of cooked spinach, the pie came out perfectly. 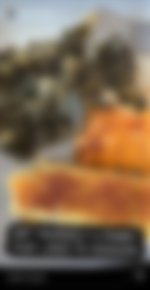 All of these arrangements were in preparation for the family’s movie night together. They then watched the newly-released movie Sing 2 on their home theatre system. Alexis even tagged the official page for the movie, thanking them for making the experience possible.

There is no doubt that Serena Williams is just as good at baking as she is at acing!

Samarveer Singh is a tennis writer at EssentiallySports. Holding a degree in English Literature and a diploma in Fitness Sciences and Training, Samarveer is obsessed with tennis and basketball. He is also an automotive writer at HotCars.
ARTICLES BY AUTHOR